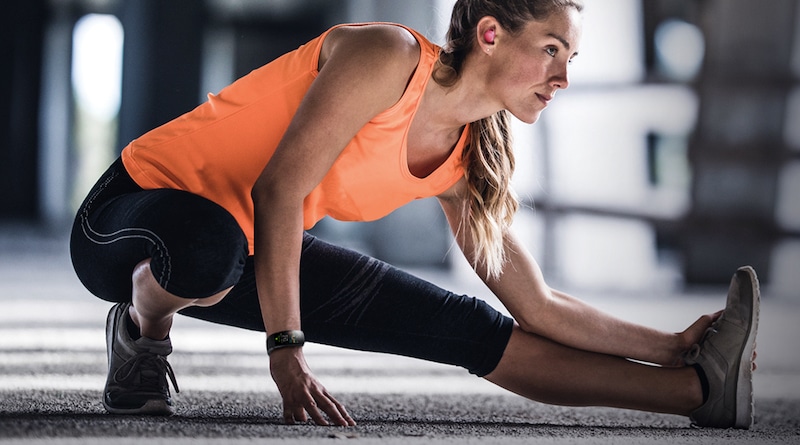 Built-in GPS is important – but only if you need it. If you run or cycle on a regular basis it ensures your stats are as accurate as possible, plus you get a map of your workout. All this comes at a cost, though, and such devices are typically more pricey. We’ve rounded up our selection of the best fitness bands with built-in GPS you can buy today.

There is another route, of course. And that is to go for Connected GPS. With this option the wearable on your wrist connects to a smartphone’s satellite signal. The accuracy is no different as compared to the first option, the only problem is you need your phone to be in close vicinity. For those that like phone-free exercising it is not an ideal option.

There are lots of sports watches to choose from with built-in GPS, but the selection is quite limited when it comes to fitness bands. This is our overview of the few that fall into this latter group. We expect the selection to become much wider in 2023.

Charge 5 is the latest and greatest activity tracker from Fitbit. Mind you, built-in GPS as a function was introduced on the previous generation device. However, this one updates Charge 4 with some new sensors enabling you to track your fitness and health in even greater detail.

For example, you now have the ability to take an ECG (electrocardiogram) right from the wrist, plus the device spints out more detailed stress metrics thanks to an electrodermal activity (EDA) sensor. This is coupled with HRV (heart rate variability), blood oxygen saturation (SpO2) and more that can also be found on the previous generation.

The other important upgrade over the predecessor is the display. A fraction larger than before, it is now full color AMOLED. This makes the viewing experience much more enjoyable as compared to the grayscale on Charge 4. All the other great functionality is there, although some of this does reside behind the Fitbit premium monthly paywall.

With apps both for those with iPhones and Android users this is a great option for someone that wants insight into all the health and fitness goodies the company has on offer. Think of it as the Fitbit Sense smartwatch, but in the form of a fitness band.

Charge 4 was the first Fitbit activity band with built-in GPS. Up to its launch, Ionic was the only Fitbit wearable with this functionality. Users of other devices had to make due with with the above mentioned Connected GPS.

The built-in GPS is a significant upgrade, particularly considering the price of the fitness band has not increased much. The functionality is something runners and cyclists, in particular, appreciate.

The number of workout modes on Charge 4 tops 20, and built-in GPS tech certainly comes handy with this. There’s something for everyone there, whether you are a gym buff or just like to bike around.

Furthermore, NFC comes as default with Charge 4 and 5. Previously, only the special edition of Charge 3 has NFC for payments on-the-go through Fitbit Pay.

The 7 day battery is great (5 hours with GPS switched on), as is the 5 ATM water-resistance. If you don’t need the fancy health functions of Charge 5 and are happy with a monochrome display, than Charge 4 is an excellent value for money fitness band.

A few year old now, Vivosport is one of the smallest activity bracelets around. The device can be seen as an upgraded blend of the company’s popular Vivosmart 3 and Vivosmart HR+ trackers. In a sense, Garmin has taken the best from these two and come up with an entirely new fitness band.

The large size weighs only 27 grams and the small-medium 24.1 grams. It feels comfortable on your wrist, fitting very snuggly. Measuring 21mm in width and 10.9mm in thickness, you hardly feel you are wearing it.

Despite the slim form-factor, Vivosport has some pretty decent specs under the hood making it a fully featured fitness bands that goes way beyond a simple step count. Garmin has managed to squeeze a GPS along with a barometric altimeter, compass, accelerometer and optical heart rate sensor into the slim body – pretty much the essentials when it comes to sensors.

Battery life is not too shabby either. Up to 8 hours with GPS switched on will get you through any run. In smartwatch mode this goes up to a week.

The built-in GPS allows users to track distance, time and pace more accurately, and you can also view a map of your activity via Garmin Connect. The sleek band is swim-friendly, comfortable to wear all day, and the always-on touchscreen display shows your stats, even in sunlight, along with smartphone notifications and more.

Like the earlier version of the product, the device packs a rechargeable lithium battery. This one will keep going for up to 5 days between charges which bodes well compared to the direct competition. In GPS/HR mode battery life comes down to around 8 hours.

Samsung’s popular second generation fitness tracker uses a range of sensors to keep tabs on your activity levels including steps taken, calories burned, heart rate, and sleep quality. It can even automatically identify the different types of physical activities such as running, cycling, working out on the elliptical, and more.

In terms of design, the water-resistant Gear Fit2 Pro features a beautiful curved full-color Super AMOLED screen that displays real-time activity stats along with texts and other alerts from your iOS or Android smartphone. The fitness tracker boasts 0.5 GB RAM and 4.0 GB of internal memory, while under the hood you will find an accelerometer, barometer, gyroscope, heart rate sensor and GPS for mapping your runs. Battery life is up to 5 days, and 9 hours with GPS switched on.

Launched in 2020, Huawei Band 4 Pro retains the 0.95 inch AMOLED touch-display of its predecessor. There’s now a pill-shaped physical button underneath to help navigate the menus. The casing is made of metal and the tracker has a matte surface. All of this is attached to a fairly sporty-looking silicone strap.

The tracker comes with a 6-axis accelerator, detached PPG cardiotachometer, infrared wear sensor and built-in GPS. In addition to all of this, the 2019 iteration has an SpO2 sensor to measure blood oxygen levels and NFC for on-the-go payments. Along with monitoring activity and sleep, Huawei says the band looks for irregular heartbeats.

The 11 activity tracking modes include running, spinning, cycling, swimming and more. The fact that there’s built-in GPS means you can leave your phone behind and still get detailed info and maps of your outdoor workouts.

The latest addition to this list looks more like a smartwatch than a fitness band. But make no mistake, it is the latter.

Xiaomi Mi Band 7 Pro has only been recently made available beyond its home market in China. It packs the biggest AMOLED yet on a Xiaomi fitness band – 1.64 inches.

The other important upgrade comes in the form of built-in GPS (along with GLONASS, Galileo, Beidou and QZSS). This is a long-awaited upgrade than many were hoping come to the base version. Other than that most there is not much difference between the Pro and Non-Pro Mi Band 7.

Battery life is great despite the boost in specs. With normal use you can expect up to 12 days. Which is fairly decent for a fitness band with a display this size.