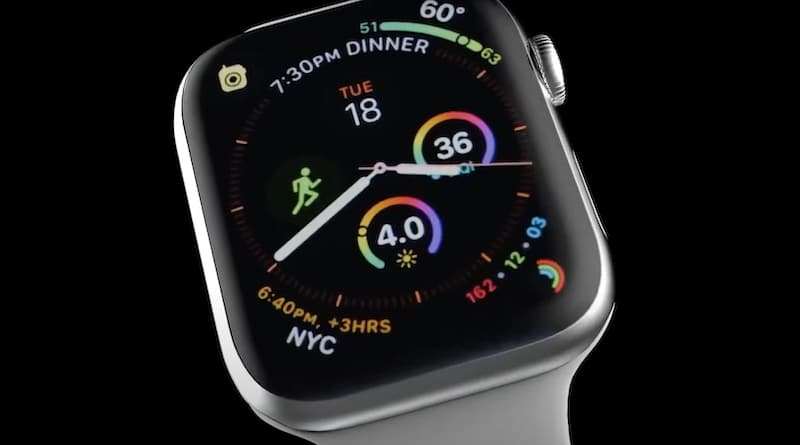 Wouldn’t a bezel-less Apple Watch be nice? Extremely unlikely to happen this year, but if it does this concept video shows what it might look like.

The Apple Watch is due to launch in September so speculation and rumours on what to expect are becoming more frequent. The concuss is that the device will come with a plethora of upgrades including blood oxygen saturation readings, the long overdue native sleep tracking, parental controls and more. A lot of this will come via watchOS7 so could filter through to previous generation watches.

Not a lot has been said, though, on what to expect in terms of Series 6 design upgrades. To remind, the big news with current iteration is that it comes with an always-on display. This is thanks to an innovative LPTO (low-temperature polysilicone and oxide) display. But the overall look and shape has remained pretty much identical, as it has since the very first iteration.

One annoyance is the bezel around the display. Most smartwatches have this. If you are wondering what an edge-to-edge display might look like on the Apple Watch, here are a few images. They are actually screenshots from a video that was posted on the YouTube channel ConceptsiPhone.

A watch with this type of design probably will not happen this year. But one can always hope. Smartphones have already gone down the route of eliminating the bezel. Smartwatches are bound to follow suit sooner or later.

A day to mark in your calendar is June 22nd. This is when Apple’s Worldwide Developers Conference takes place. For the first time ever, it will be an on-line only event. There probably won’t be any news on the hardware front but the software reveals might give us some clues on what to expect.

In the meantime, enjoy the video. Let’s hope we do see something like this one day.