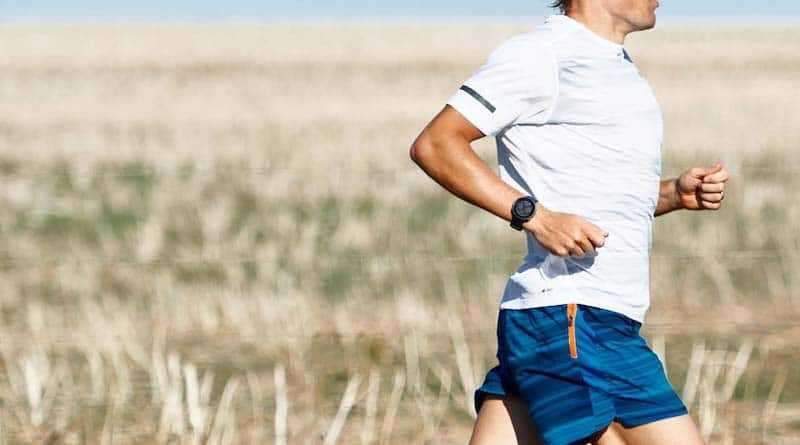 Polar smartwatches have come out on top in a new study that investigated the accuracy of recorded distance by GNSS-enabled watches.

Built-in GPS is important – but only if you need it. If you run or cycle on a regular basis it ensures your stats are as accurate as possible, plus you get a map of your workout. All this comes at a cost, though, and such devices are more pricey.

Previously, GPS-enabled watches were few and far between. Now there’s a wide selection to choose from, including more and more fitness bands. But it seems that not all of these are built equal.

A study by the Swiss Federal Institute of Sport Magglingen (SFISM) set out to investigate the accuracy of recorded distances obtained by eight global navigation satellite system (GNSS) enabled sport watches. This included the Apple Series 4, Coros Apex 46mm, Garmin’s fénix 5X and Forerunner 935, Polar’s Vantage M, Vantage V and V800, and Suunto 9 Baro. All of these were assessed in different areas and at different speeds.

Measurements were taken in urban, forest and track and field surroundings over a number of days. Speeds were also varied as well as distances which ranged between 400 meters and 4.3km. A single person conducted all the tests which helped ensure perfect standardized measurements. Four watches were worn simultaneously in each instance.

Researchers gathered all the data and came to the conclusion that all sports watches in the study can be recommended for distance recording, particularly in open areas. The overall accuracy of measurements was fairly accurate with absolute percentage errors ranging from 3.2% to 6.1%.

Generally, the distances were underestimated in some cases by up to 9%. Unsurprisingly, results in unobstructed conditions were more accurate. In these conditions 6 out of the 8 sport watches were able to accurately record distance. In obstructed conditions such as forest and urban areas, accuracy was limited. Also, data gathered when the subject moved quicker (running versus walking) showed significantly higher error rates.

More interestingly, of all devices only the three Polar products reported an average mean absolute percentage error smaller than 5%. The V800 was the most accurate watch overall.

This is a nice endorsement for Polar’s smartwatches. While V800 is a number of years old now, Vantage M and Vantage V were released last year and both offer quite a nice selection of features. The most recent addition to Polar’s range is Unite although this one doesn’t have built-in GPS, only Connected GPS.

The results of the study make interesting reading although some 36 measurements were taken so the study was not exactly large scale. But it does offer an insight into the accuracy of GPS measurements of various wearables manufacturer brands.

For those that are interested, the full study can be found on this link.