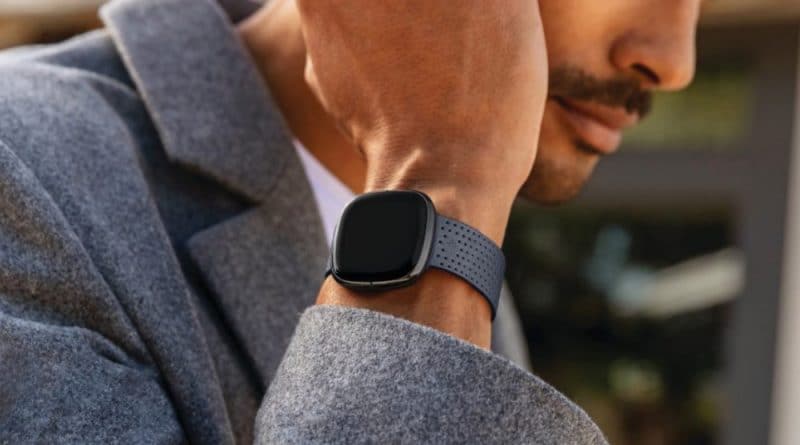 Fitbit has announced today three new additions to its wearable tech lineup. They include Versa 3, Inspire 2 and a new device in the range called Fitbit Sense.

We reported on leaked images a week ago and it’s now evident they were the real deal. Fitbit has released devices in the final week of August in the past couple of years and 2020 is no exception.

None of the wearables are available for purchase just yet, but you can pre-order them on Amazon. They all ship by September 25th.

We will most likely see the trio at IFA in Berlin next week. Europe’s largest tech gathering is adopting a part online part physical event this year. Fitbit is a regular at the show.

So let’s go through them one by one.

Starting off with an updated version of one of the most popular devices in Fitbit’s range and the werable has retained the look from last year. To remind, Fitbit Versa 2 was only launched 12 months ago.

The main change design-wise is that, coming in at 1.58 inches, the display is slightly larger than before. This allows for 336 x 336 pixel resolution inside a 40mm case. Its predecessor has a 1.39 inch screen with a 300 x 300 resolution.

The physical button is now recessed, something along the lines on what you would find on Charge 4. But that’s not the only thing Versa 3 shares with the popular fitness band.

Just like Charge 4, it comes with built-in GPS. This is a big step up as current devices in the Versa range only have Connected GPS which require your smartphone to tap into the satellite signal for location. Built-in GPS means you can go phone-free running or cycling.

It also gets the new PurePulse 2.0 sensor, so you’ll get better heart rate data. This is an important metric and you want it to be as accurate as possible.

Battery life is around 6 days. The novelty here is the fast charging ability via the new magnetic charing dock. Only 12 minutes on the charger is enough to keep it going for a full day.

Finally, there’s been a slight boost to the smart functionality. For the first time, a Fitbit device offers Google Assistant on the wrist in addition to Alexa. But don’t be surprised if the latter is phased out when the Fibit Google deal finally gets the necessary regulatory approvals. The Google Assistant functionality is expected to arrive sometimes this winter, so following the launch next month.

Versa 3 (and other new wearables) can be pre-ordered now on Amazon. The latest addition to the Versa range will set you back $229 of Fitbit’s website. That’s $50 more than the previous model.

Moving on and we come to Fitbit Sense, the most exciting of the three new devices. A first in what perhaps is a new line of watches, Sense is a more powerful version of Versa.

It adopts largely the same design with curved edges. The difference here is that it has aluminium and more premium metal parts in the chassis. As far as the display, it is the same as the one you’ll find on Versa 3.

The bigger upgrade are the sensors. It makes Sense a much more serious health tracker.

On the underside of Sense you see more than just an icon for built-in GPS and water resistance. Next to it are two more icons, one for temperature, the other a heart with a squiggly line going through it.

The first of these is a no-brainer. Fitbit Sense comes with the ability to keep tabs on your temperature. Readings are taken during the night and can be used as an indicator you are coming down with something.

This is an important upgrade that we have not seen from a major brand until now. There have been a few devices from lesser known brands that monitor your temperature from the wrist. Such functionality is all-the-more important considering the current coronavirus pandemic so might be a good selling point.

But that’s not all. The device also has the ability to measure your electrodiagram. The Apple Watch has made headlines with its ECG sensor a couple of years ago but now other companies, such as Samsung and Withings, are getting in on the fun. To take a reading you’ll need to place your fingers on the corners of the case. It’s worth noting, this functionality is still waiting approval from the FDA.

Fitbit Sense comes with the upgraded PurePulse 2.0 heart rate monitor which is capable of spitting out heart rate variability (HRV data – the varation in the beats between your heart beats). The novelty here is that raw HRV data will, for the first time, be offered to Fitbit users. But you’ll need a premium subscription for this.

The last health addition over Versa 3 is the ability to keep tabs on stress. Garmin and some other companies have had this for a while now, but it seems Fitbit is taking a more detailed approach.

Its stress score combines info from a number of sources including resting heart rate, HRV, temperature and more. This put together with info from an electrodermal activity (EDA) sensor (which reads moisture in the skin), into a single figure that ranges from zero to 100. The higher your score the less stressed you are.

All things considered, the $329 Sense (check price on Amazon) seems like a much more capable device as compared to Versa 3. It comes with plenty of additional metrics, and it would be fair to say that it has been a while since we’ve seen such a sizeable upgrade from Fitbit.

The final one in the bunch is Inspire 2. This one also adopts the “button-less” design. The $99 device brings 10 day battery life, which is double offered by its predecessor.

Other features worth mentioning include Active Zone Minutes, Cardio Fitness Level, Heart Rate Zones, Sleep Stages, Menstrual Health Tracking, Guided Breathing Sessions and more. Owners will get the benefit of a 12 month free trial to Fitbit Premium. Inspire 2 can also be ordered on Amazon and fitbit.com.