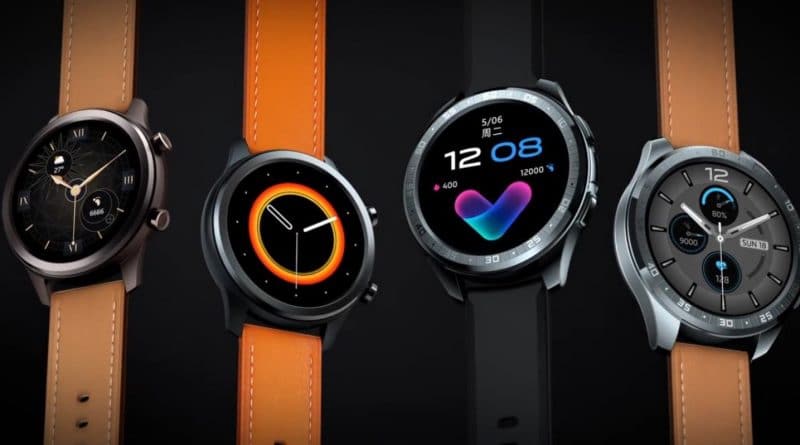 After much speculation, Vivo has posted an official promo of its first smartwatch. The device is expected to launch on September 22nd.

Chinese-based Vivo Communication Technology is a smartphones, smartphone accessories and software maker. It is owned by BKK Electronics, the same outfit that oversees Oppo, Realme and One Plus.

They’ve been around for just over a decade. Its name stems from the Esperanto language and means “Life”. The company is currently rated amongst the 10 largest smartphone makers in the world.

Vivo is now looking to expand its portfolio of products. Just like Oppo and Realme, the company has turned its sights to wearables. Oppo recently came out with its first smartwatch, Realme unveiled its first fitness tracker and smartwatch.

The first real hint of the upcoming Vivo Watch arrived in late April. The leak came from Twitter handle @_the_tech guy. He has managed to extract images of the timepiece from Vivo’s design patent that was published by the China Intellectual Property Administration (CNIPA).

On June 12th we had news that Vivo Watch has passed through the 3C certification process. The model number in the filing is WA2056 and the only real info that is revealed is that the device will have support for audio playback.

In July Vivo Watch bagged another certification. This one coame from Bluetooth SIG. Again, not much that can be gathered about the specs apart from Bluetooth 5.0 support.

The company has today released an official promo video (via GizmoChina) which reveals Vivo Watch in all its glory. For starters, there will be two iterations – 42mm and 46mm dial.

The sporty looking device in the video has a round shape, a stainless-steel chasis, along with two physical buttons on one of the sides. It comes across as a Garmin, Samsung or LG smartwatch, but nothing like the Apple Watch lookalikes we’ve seen recently.

Around the edges is a chronograph, while the underside of the fairly chunky body shows wheat looks to be a heart rate sensor and pins for charging. There’s also a quick release mechanism that can be seen on leather and fluoro rubber strap options.

Another idea of what the upcoming timepiece will look like can be had from a render by LetsGoDigital. They used the design patent above and combined it another design patent with CNIPA that was published on August 7th that revealed a few watch-faces.

One of the watch-faces has an animated blue / green watch face. Another is more fitness oriented featuring a step count, standing hours and more.

As far as specs, we are expecting an OLED display, NFC, heart rate, blood oxygen, 5 ATM, water-resistance rating and battery life of 18 days. These are pretty standard features these days. It is not clear yet whether the watch will run on WearOS or a FunTouchOS version for the smartwatch. The battery life would indicate the latter.

It looks like another smartphone maker is about to dip its toes into the smartwatch market. Xiaomi and Oppo have done this in recent few months. We are expecting a slew of devices to launch in the weeks ahead and Vivo Watch will be one of them. The official unveiling has been scheduled in China on September 22nd, at 19:30 pm (local time).