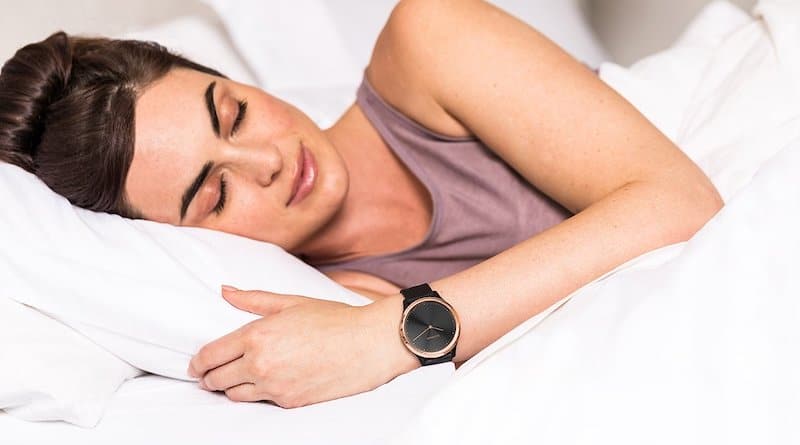 A new scientific study was published on the efficacy of commercial sleep trackers. Fitbit has come out on top along with Oura smart ring.

In my job I do a lot of product testing. And one thing I’ve noticed is that wearables vary widely when it comes to sleep tracking. Particularly those that are worn on the wrist.

So which device do you trust? Here’s what a newly published scientific study has to say.

Eight devices capable of sleep tracking were pitted against each other. These include the Apple Watch Series 3, Beddit Sleep Monitor 3.0, Fatigue Science Readiband, Fitbit Ionic, Garmin Vivosmart 4, 2nd generation Oura smart ring, Polar A370 and the WHOOP Strap 2.0. For the Apple Watch, two third-party applications were used to monitor sleep (Sleep++ and SleepWatch).

Five healthy adults (two males and three females) contributed to the study which spanned 98 separate nights of tracking. Data collected was compared against an EEG (electroencephalogram) to determine degrees of accuracy. For those not in the know, this records the electrical activity of the brain by having small discs (electrodes) attached to a person’s scalp.

The chart illustrating the results can be seen below. Metrics that were looked at include total sleep time, total wake time and sleep efficiency.

This shows Fitbit topping the charts ahead of Oura, Fatigue Science and WHOOP. At the other end of the rankings were Garmin and Apple Watch.

Interestingly, the results illustrate that none of the wearables under observation quantified sleep stages accurately. They are much better at quantifying sleep and wake states. Measures of the time spent in light sleep reported the lowest margin of error of the three sleep stages. The ability to estimate deep sleep was particularly poor.

What to make of all of this

Should we trust the results of this study? There are a few things to keep in mind.

For starters, this is by no means a large scale scientific study. Only 5 people were tested for an average of under 20 days each.

What’s more, some of the devices under observation are not the latest generation wearables. For example, unlike earlier Garmin wearables the Fenix 6 comes with Firstbeat algorithms for tracking sleep. Which should, in theory, provide better results.

The same is the case for Polar. The A370 is was released back in 2017. Three years is a long time in the world of wearable tech. Not to mention that Apple has introduced recently its own native sleep tracking app.

My device of choice is the Garmin Forerunner 935. I do find it pretty good at quantifying overall sleep, although I’ve never seen it pick up on a nap. As far as sleep stages, I never really trusted that data anyway.

Earlier this year I started using the Withings Sleep Analyzer. I wish the study would have included the French outfit as I think it would rank pretty highly in the rankings. But that is just my opinion.

What is clear is that commercial sleep trackers still have a way to go when it comes to accurately tracking sleep stages. Until that happens perhaps you should do the unthinkable. Go to bed, not worry about statistics and just try to get a good night’s sleep!

You can read the study in full on this link.

3 thoughts on “Fitbit, Garmin, Polar – scientific study on which is best at sleep tracking”