The Fitbit service is currently down for some users. A recent software update is causing sync problems with some Android phones. Fitbit has issued today a new app version that fixes the issue.

Where is the problem stemming from?

The issue first appeared on January 23rd. The thread on the Fitbit forum discussing this has grown to 63 pages since then!

It’s all to do with a bug in the Android app version 3.37. The sync problem is not device-dependent. Users with a Sense, Versa or other Fitbit are reporting their frustration.

Typical fixes such as switching the bluetooth on and off, restarting phones do not work. You can check out our Fitbit won’t sync article for the typical go-to solutions and troubleshooting steps. If you have an Android phone, they may not help.

Interestingly, this is not the first sync issue that we’ve seen for Andorid users. A big one occured about a year and a half ago. Similar to now, Fitbit Android users turned to forums to vent about the problem.

“Our team is aware of a syncing issue on Andriod 3.37 and is currently working on a fix. Thank you very much for your reports and patience,” the company writes on its forum.

The worst thing you can do is panic. For example, don’t delete your Fitbit app. You’ll just create extra work for yourself later on. Patience is your friend. For example, if you remove your tracker from the app you may not be able to add it until the fix is issued.

Fitbit has issued a software update labeled 3.37.1 in the past few hours. Download from the Play Store and check that you are on this version. This resolves the issue. At the time of writing, many (but not all) users have received the update. So you might need to wait a while longer before it reaches your region.

How to check if the Fitbit service is down?

If you notice your Fitbit is not syncing and the typical bug fixes are not working, there are a few websites you can check to see the current status. They will allow you to learn if others are having the same problem. One such portal is the Fitbit page on downdetector.com.

Here’s a screen-shot of the current status. While not in the red (critical zone), the amber color does indicate there is an issue. The service may be down or there may be some other sort of conflict. 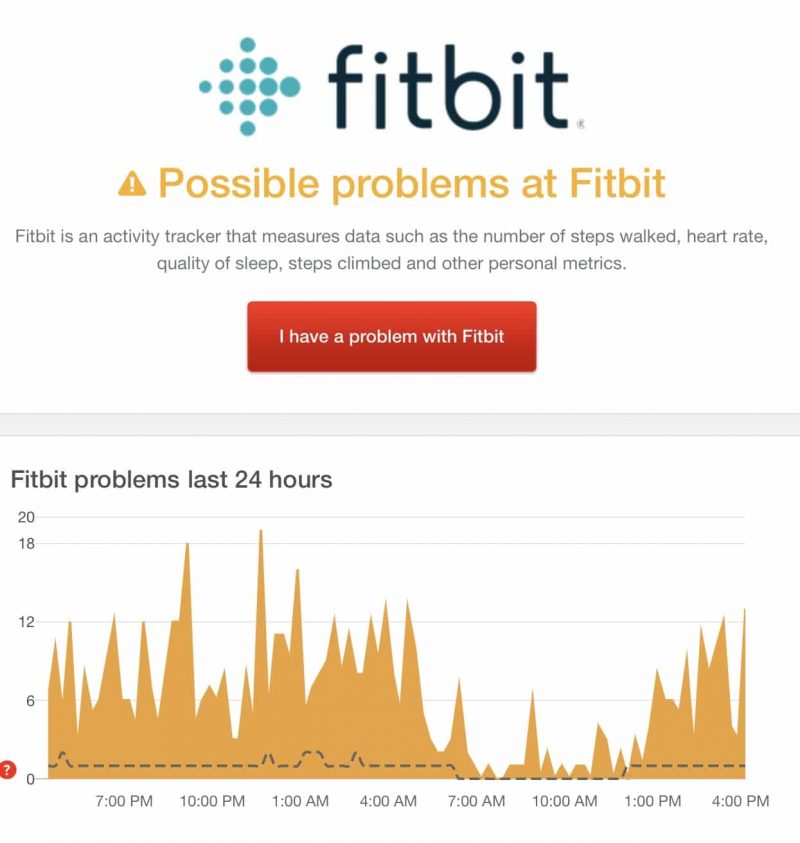 Checking such portals allows you to know at a glance if there is something wrong with your particular device, or if there is a wider problem. It’s a big time-saver.

5 thoughts on “Fitbit has an issue when syncing with Android phones, update has the fix”