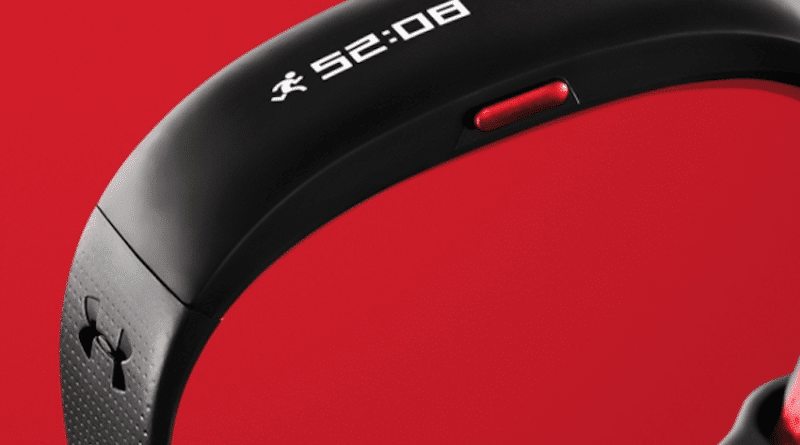 We may soon see a return of Under Armour to the fitness tracking game. The FCC has just published a filing for an Under Armour Bluetooth activity tracker with the moniker Titan.

Under Armour pulled out of wearables back in 2017

Under Armour had a bunch of fitness tracking products and kept the line going for a few years. Its flagship product was something called a Health Box collection. This consisted of a smart scale, a fitness tracker and a heart rate chest strap. All three were launched back in 2016 with partner HTC. At the time many had expected the well known brand would make a name for itself as a provider of connected health and fitness gear.

But in early 2020, Under Armour announced it was ending direct software support for its HealthBox collection. Users were informed they will need to migrate data over to MapMyFitness.

The UA fitness band was essentially the 2015 HTC Grip, a $199 sleep and step-tracker with a touch display that never actually made it to the market. It was rebranded as UA Band with all the usual activity tracking features baked in, including step counting, sleep and heart rate monitoring.

Alongside the Band was the UA Scale – a sleek, glass-covered device that is able to recognize up to 8 users and monitor weight and body fat. Interestingly, the scale had speaker notifications to give you audible updates on progress and a cheerful welcome in the morning.

The third device was the UA Heart Rate chest strap. This provided you with more precise heart rate measurements than the band, and let you track workout intensity and heart rate zones.

All three of these were designed to be used with the UA Record smartphone app, which was functioning fine until the company pulled it from the Apple App Store and Google Play Store. That was back in January 2020.

Under Armour followed this up with an announcement that customers that want to continue using HealthBox devices, will need to migrate their data over to MapMyFitness. This is a software platform that was acquired by the company back in 2013.

It was not an ideal solution. The issue with this was that the software was missing some of the UA Record features. This included some basics such as steps, sleep, weight and resting heart rate data. All essentially got were your workout stats and calories burned. Which left out most of the functionality.

However, that announcement did not come as too much of a surprise. The company had in 2017 pulled out of the wearables game due to slow sales. It ceised churning out new products in order to focus on developing its software platform and forging partnerships.

But things may be about to change.

A new Under Armour fitness tracker gets FCC approval

We spotted an FCC filing from February 2nd 2022 for an Under Armour Bluetooth fitness tracker. The device goes under the moniker Titan – model UAFP3. Here’s a screenshot of the marking label.

The actual filing does not reveal very much. According to the description, the product is meant for “data gathering as it relates to sports activities”.

A Confidentiality Request was filed by the company on September 16th 2021 which keeps most details under wraps for six months. That means they should become public in the middle of March – unless, of course, Under Armour extends the confidentiality deadline.

Regardless whether we see the device in March or in the months after, it is evident that Under Armour is toying with the idea of a return to the fitness tracking game. What it has going for itself is the well recognised brand name and past experience in this area.

This market is now crowded with players so it would really take something special for an Under Armour fitness tracker to generate significant interest. The name that was chosen does offer some hope. If you describe something as a titan in a particular field, you mean that it is very important and successful in that field. Let’s hope this turns out to be the case.