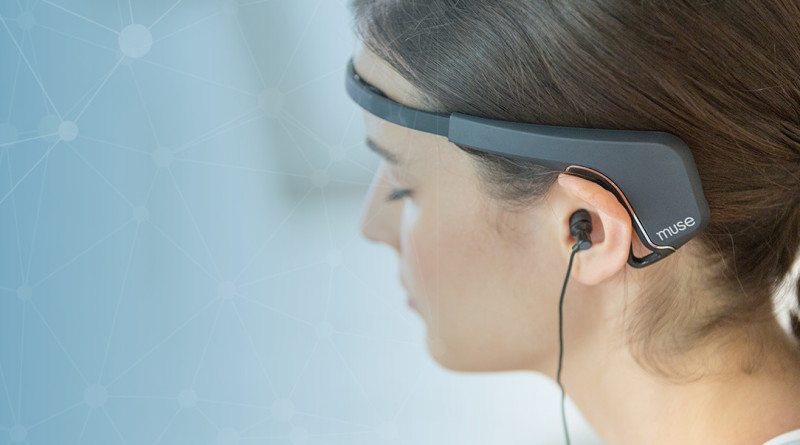 Wearable sales are skyrocketing, led by well known brands such as Fitbit, Apple, Jawbone, Garmin and Xiaomi to name a few. These are well established brands that have all come out with devices that track metrics such as steps, distance, calories, heart rate or sleep.

One of the latest additions to the the line of tracking devices are “brain wearables”. These are devices that are attempting to move beyond the physical to tracking the mind. Some are simply out to monitor brain activity, while related devices hope to actually influence the wearer’s brain and reduce stress, improve focus or help to meditate.

A number of these devices work by detecting the brain’s electrical activity using electroencephalography (EEG). An EEG is a test that detects electrical activity in your brain using small, flat metal discs (electrodes) attached to your scalp. Your brain cells communicate via electrical impulses and are active all the time, even when you’re asleep.

Muse is one such wearable. This is a headset-style device that claims to be able to give you real-time feedback on what’s happening inside your brain while you meditate. The device passively detects changes in your brain from outside your head by using seven EEG sensors along your scalp. The headband measures whether your mind is calm or active, and translates that data into sound that you can hear. By listening to the sound, you can guide yourself back to calm.

But there are limits for this technology and LiveScience gives us the details as to why advanced brain wearables are not with us just yet. While in theory, brain wearables could do what they claim, research has shown that EEG signals are very weak, and even the most advanced and expensive laboratory tools can have trouble detecting them.

“If it’s difficult to detect those tiny signals in the laboratory with high-quality and expensive equipment … clearly this issue is going to face even greater challenges” in an uncontrolled environment, said Gerwin Schalk, a neuroscientist at the New York State Department of Health’s Wadsworth Center.

If a professional laboratory finds it challenge, how can a portable device do any better? The industry acknowledges the limitations, but its answer is that companies have been able to design software that partly makes up for these shortcomings.

Noise filtering is another problem. Since our body can produce multiple electrical signals (muscle movements and other brain activities), it may be a challenge for the brain wearable to detect and accept commands which are intended to be used. In lab studies, researchers place electrodes all over the head, so that a person might have anywhere up to 200 electrodes on his or her scalp. Commercial brain wearables, on the other hand, typically have only a handful. Increasing the number of electrodes is simply too impractical for a commercial portable device.

Thync is a brain wearable that works on a different principle. The company asserts that it has created the first technology that gives you the power to change the way you feel. The Star Trek esque device, which looks similar to an an eye patch only for your forehead, connects up with an accompanying app that delivers waveforms to your brain. Thync’s product is unique in that it uses neurosignaling to stimulate specific pathways in the brain in a non-invasive way, a new alternative to the common side effects of ingesting caffeine, stimulants, narcotics or high-calorie foods.

Thync waveforms activate specific nerves on the head that signal the brain to shift to a state of calm or give you a boost of energy depending on which of the two you are after at any given moment. The calm and energised modes work on two different parts of the nervous system – the sympathetic and parasympathetic divisions that regulate the body for action or tranquility respectively.

Do these devices really work? More clinical trials with rigorous scientific standards are needed. But some would already argue that they do. Such devices are receiving very good reviews on Amazon and other sites.

What is clear, is that more and more developers are entering this niche area. We are confident that brain wearables are here to stay, and that it is only a matter of time before advances in programming and electronics lead brain wearables from the realm of science fiction to becoming an entire industry.