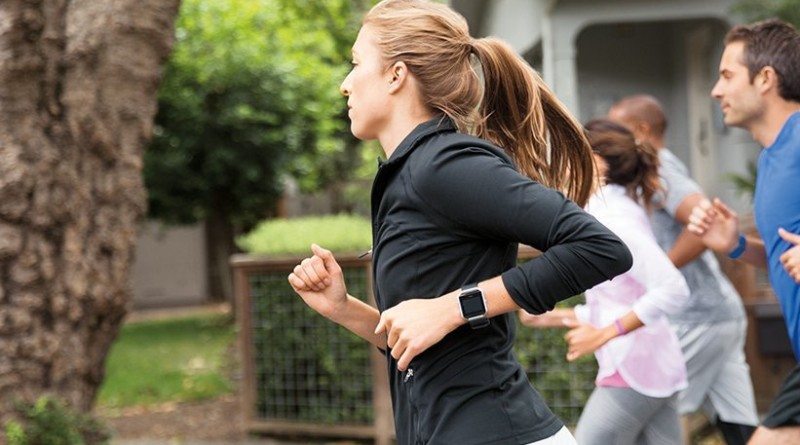 More than 40 million of Fitbits have now been sold, and the company remains the global leader in wearables sales despite growing competition. The company’s trackers monitor everything from the number of steps climbed to the number of hours slept in any one day.

But James Park, a former morgan Stanley analyst who co-founded Fitbit back in 2007, believes that wearable technology is only at the cusp of its potential. He is also optimistic about Fitbit’s prospects.

In an interview with the Telegraph, Fitbit’s CEO gives us an insight into his thinking and plans for the company.

Park says Fitbit’s exclusive focus on health and fitness has enabled it to carve out a market niche as other companies still try to figure out exactly what wearable technology should do.

“We’ve known that pretty much from day one of the company that [fitness] was really the killer app for our devices, and for nine years we’ve invested heavily in making Fitbit almost the Kleenex of the category,” Park said.

The company released two new devices this year. The Blaze, a fitness-focused smartwatch, and the Alta. The Blaze initially received a muted reception, with fears that the company’s new device would not be able to compete in a space dominated by Apple. Recent figures however show that Fitbit sold 1 million Blaze trackers in the first month of their release, with the Alta tracker reaching that number in only 3 weeks.

“I think it’s [the Apple Watch] a great product and Apple’s a great company, but it’s a product that probably does too much,” Park says.

“Really our research has shown that people who search for an interest in the Apple Watch do not overlap with people who search for and are interested in Fitbit. I think the biggest problem with the category today is they do so many things and it hasn’t been really clearly communicated to people why they should need one of these devices.”

Park also added that people are actually becoming more engaged with their Fitbits: 72% of those who purchased the device in 2015 were still using them at the end of the year, an improvement on a year earlier. Park, however, does not actually give the percentage for the previous year.

“If you look at the aggregate of all of our users, actually they’re not really that fit, the average Fitbit user is a little bit overweight; they are more active than the average population but we think that’s because we’ve managed to increase their activity levels over time.”

Park has previously teased about new sensors that could be included in future Fitbit devices. He did not miss an opportunity to do this again.

“If you look at all the things that encompass consumers’ health it can include heart rate, blood pressure, in the future it might be genomics and so on,” Park said.

“And while you’re wearing these devices, I think there’s huge opportunity for them to connect and interact with the broader world whether its richer notifications or integration with the cars or homes or buildings or payments or [identity] authentication.”

Although unquestionably the Blaze and Alta devices have done well, in essence Fitbit has styled up what it already has on offer. This means that at its core, these devices are not much different from other Fitbits. With Fitbit competing against the might of Apple and a slew of other companies, James knows that the company will need to keep improving its technology to stay ahead of the pack.