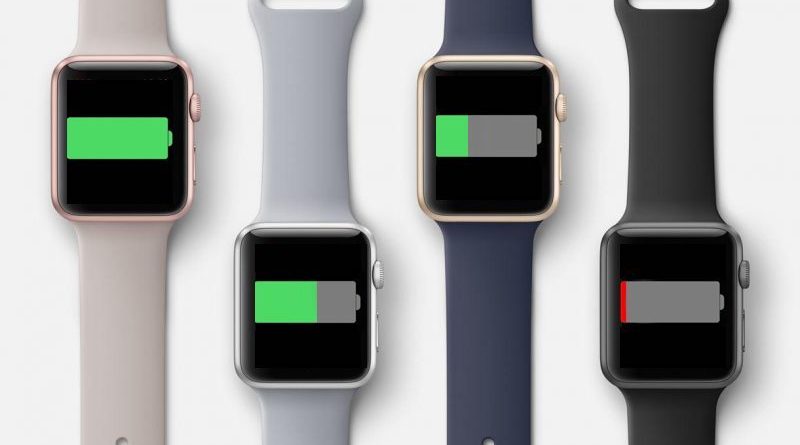 If you want a smartwatch with astounding battery life, look no further than the Withings Activité and the Pebble Time 2 +. With a battery life of 8 months and 10 days respectively, these two smartwatches set the benchmark for others.

However, smartwatches with a stonking battery life are compromised. For instance, the Withings Activité is an analogue watch with activity tracking sensors (the compromise being that it doesn’t have a touchscreen), while the Pebble Time 2 + has a colour e-paper display (the compromise being that the screen is duller than an LCD, OLED or AMOLED display). The Time 2 + is also controlled through physical buttons, rather than touch.

The key compromise when it comes to battery life? The screen, always.

Of course, having no touchscreen or a dull screen is not a deal breaker. The Activité and Time 2 + are still both very good devices. Not just that, but they are for people who value different things to a Huawei Watch or Apple Watch customer. For these people, astounding battery life is worth having over a touchscreen. And that makes sense.

But what if you could have an Apple Watch or a Huawei Watch with a 10-day battery life?

Would you still pick the Pebble? Probably not.

And herein lies what should be the real battleground for smartwatches – battery life.

To be honest, manufacturers should be pouring their investment into making smartwatches last a lot longer than they do right now. The newly released Apple Watch Series 2 will last through 2 days’ worth of use on a single charge, which is very impressive for all the features it has, but that’s not good enough. Smartwatches need to get through a week’s use without needing to be charged, to be considered as essential as a smartphone.

Smartwatches, by their very nature, are small devices designed to rest comfortably on the wrist. So, with a case, touchscreen, buttons, chips and battery to squeeze in to such a small space, you can imagine that the physical size of the battery has to be as small as possible. With current battery technology much the same as it has been since the early 2000s, we’re presently having to make do with what we’ve got.

The issues don’t end there, either, because the chips currently powering our smartwatches are lagging behind too. Year on year, the chips which power our smartphones have been getting smaller, more power efficient and more powerful, but when smartwatches first launched in earnest during 2014, there weren’t any dedicated chips to power them.

That led companies like Samsung, Huawei, Apple and others to use modified versions of smartphone chips which weren’t anywhere near as powerful or efficient to effectively run apps, GPS, motion tracking and keep your battery going throughout the week.

That’s not to say companies haven’t been working on creating dedicated mobile chipsets for smartwatches, however. The Snapdragon Wear range by Qualcomm was recently launched and promises to define “the new standard in wearables processors”, with faster clock speeds and longer battery life.

Battery technology, too, is being improved on an almost constant basis, despite a reliance on old fashioned lithium ion technology. Researchers around the globe are working tirelessly to create higher capacity batteries which charge faster, more often and are less prone to failure.

Luckily, we’re living in an age when demand for high capacity batteries is about to explode, thanks to the emergence of electric vehicles.

The final aspect which can dramatically improve smartwatch battery life lies in the software our devices run. Indeed, part of the reason why devices like the Pebble 2 + last such a long time is because their software is relatively lightweight. Of course, it’s powerful, but it doesn’t overreach, and was specifically designed to run on a smartwatch.

In the case of Apple’s WatchOS and Google’s Android Wear platforms is that fundamentally, they’re modified versions of full blown mobile operating systems. That means that despite being stripped down in capability, they just aren’t as focussed and efficient as a dedicated smartwatch operating system.

In time, each of these issues will be fixed and we can begin to enjoy our smartwatches without fear of straying too far from the charging dock. Until then though, we’re doomed to look down at our watches not to tell the time, but to see how likely we are to make it home before the watch gives in.

After following and predicting the latest developments in technology over many years Martin was foretelling the popularity of smartwatches long before the term was set in stone and the first generation Apple Watch was announced. (www.smartwatches4u.com)