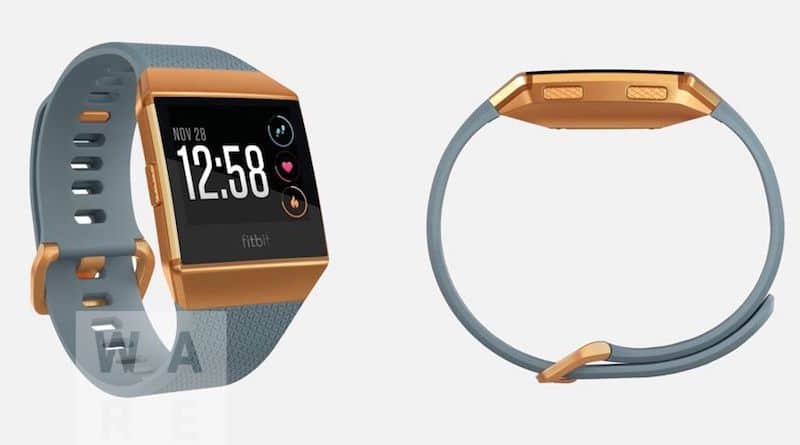 Images have been revealed of Garmin’s upcoming Vivoactive 3 device. These are the final renders of Fitbit’s upcoming smartwatch.

The pictures show the yet unnamed device from all angles. Wearable says there will be three colour variants: a rose gold case with blue strap, a silver case with a navy strap and a darker case with a black strap. The device definitely looks like a more fancy version of the company’s Blaze fitness tracker. It even sports the exact same configuration of physical buttons on the sides.

It seems Fitbit’s smartwatch will be arriving with upgraded heart rate technology. Like most fitness trackers, for its current crop of wearables Fitbit uses green LED optical sensors. The new device appears to have two infra-red lights in the middle, as well as a blue light along the bottom. Because red light technology can penetrate deeper, heart rate and heart rate variability measurements should be more accurate. The addition of blue lights also opens up the possibility the device may measure blood oxygen saturation. 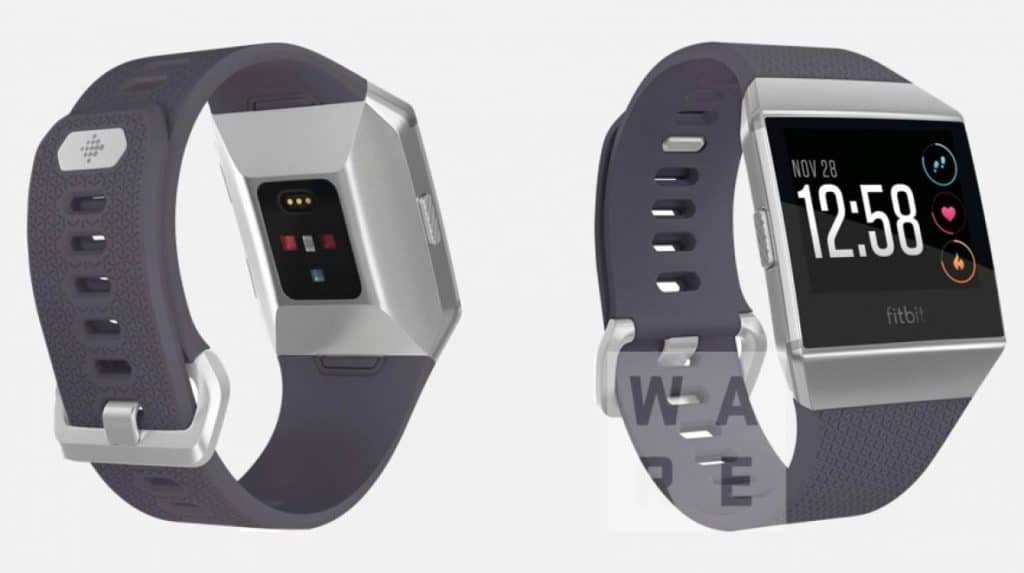 Previous reports have suggested that Fitbit’s first smartwatch will include built-in GPS, a high-res colour display, activity, sleep and heart-rate monitoring, contactless payments and on-board storage for music. Fitbit CEO, James Park, has confirmed that the watch will be water-resistant down to 50 metres (5 ATM), but that it will not include a cellular wireless connection in order to save on battery life.

Park also promised an app store at the start of this year, and his company looks set to deliver. The development kit will be based on Pebble software and it will be compatible with both iOS and Android smartphones. To install apps, users will need to sift through an “app gallery” in the accompanying smartphone app. Fitbit is is expected to use a light touch when it comes to reviewing apps.

The company desperately needs something to boost its fortunes. With sharply lower sales, shares in the Fitbit’s stock are down some 30% since the start of the year. Park is confident the watch will be a winner.

“Our smartwatch, which we believe will deliver the best health and fitness experience in the category, is on track for delivery ahead of the holiday season and will drive a strong second half of the year,” he said.