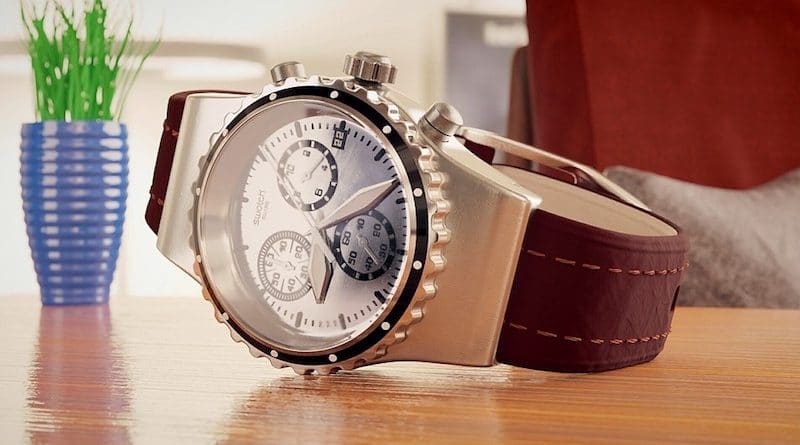 Many have blamed the advent of smartwatches for the downturn in the Swiss watch industry, but Swatch CEO Nick Hayek is of a different opinion. He sees smartwatches as a great competitor and opportunity rather than a threat.

“When Apple decided to bring the Apple Watch, it was fantastic for us because nobody buys an Apple Watch to keep it all the time on the wrist. You change it,” he said in an interview with CNBC this week.

The Swiss watch industry has been facing challenging conditions in recent years. Increased competition, a strong swiss franc and the corruption crackdown in China have all suppressed demand.

According to Federation of the Swiss Watch Industry statistics, Swiss watchmakers shipped 17 million quartz and electronic units in 2017. This equated to some $3.7 billion in value, down 3.8% on the previous year. In fact, this was the sixth consecutive year of decline and the lowest level since 1993.

The downturn has forced some watchmakers to shift focus towards more premium timepieces. Others have made tentative steps in the fast-growing wearables market via technology partnerships and investments.

But Hayek said the Swiss outfit had put in double-digit growth at the end of 2017, a trend which continued into the new year. He attributed this to the recent weakening of the Swiss franc. The franc fell 2% against the euro this year to its weakest level in three years. This has in turn lowered production costs.

And growth was seen across the industry as a whole. Swiss Q1 watch exports rose 10.1%, the highest quarterly growth rate in six years.

The sector is now in recovery mode after a tough few years and Swatch’s Hayek is optimistic about growth prospects going forward. He is particularly upbeat about prospects in China.

“We have growth everywhere, from local consumers in the United Kingdom, in the United States, of course also in China,” Hayek added.

President Xi Jinping’s corruption crackdown had had an impact, Hayek said, but that was over.