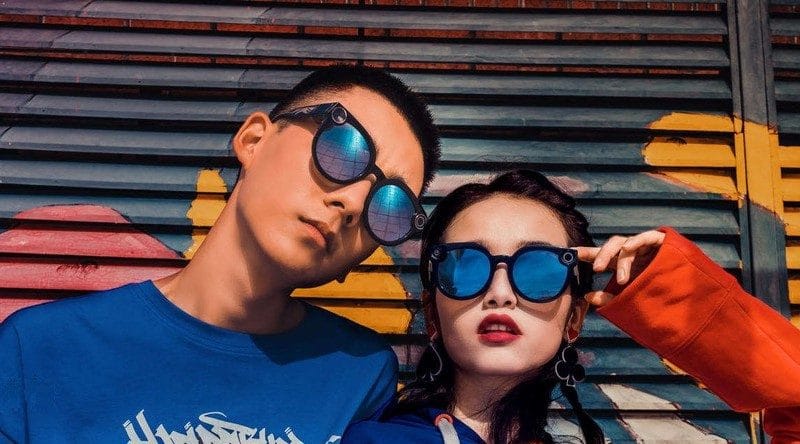 Tencent, the Chinese social media giant, have announced their own take on the Snap Spectacles smart glasses. They are called Weishi smart glasses and are due to launch in a few days time.

Its a bit of a surprise move considering the spectacular flop of the first generation Spectacles Specs. Launched back in 2016, Snap built hype around the specs with sporadic sales that made the glasses hard to find. Ultimately, it was revealed the company was sitting on hundreds of thousands of unsold pairs. Enthusiasm around the specs died down, and Snap booked a huge loss. The company did follow this up with version 2.0 earlier this year, but without the hype that surrounded the first generation product.

Tencent is now coming out with its own version of Snap Spectacles for the Chinese market. Produced by Shenzhen-based company called Tonot, the purpose of the glasses is the same. That is to help users create videos from the first-person perspective via a lens in the front corner.

The main difference seems to be that Weishi smart glasses lack the rings which light up when the user is actively recording of the first generation Snap Spectacles. Instead, they are all black, much like the second generation Spectacles. In terms of technical specs, the glasses come with a 8 megapixel camera that can shoot videos in 720p or 1080p HD resolution.

Further clues on why Tencent has decided to launch the specs lies in the name. The word “Weishi” means “micro shows” in Mandarin. This is also the name of the short video sharing app the company has been pushing in recent months. The launch of the smart glasses may be an attempt to gain a foothold in the Chinese video sharing market which is currently dominated by TikTok (formerly Musical.ly).

Tencent is also Snap’s biggest investor, with about a 17% share in the company. In November last year, Snap disclosed the Chinese outfit increased its stake in the company.

The Weishi smart glasses will go on sale starting November 11th, which also happens to be a big shopping carnival in China. The price is yet to be announced.