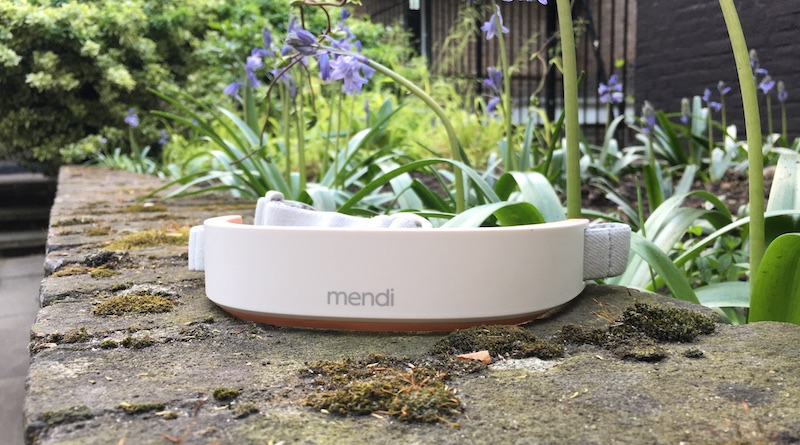 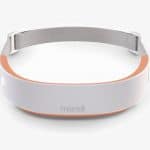 Launched on Kickstarter today, Mendi is a clinical-grade wearable you can use to train your brain with. The thing utilises gamification as a way to workout your brain like you would a muscle.

Our ability to focus, create, process and remember depends on our brain. Mendi is marketed as the first home device that enables you to strengthen your cerebral cortex. For those not in the know, this is the part of the brain that sits in your frontal lobe.

The obvious question is why you would want to do this. Well, all parts of the brain are important, but that’s even more so with the cerebral cortex. It has a multitude of functions as it controls complex cognitive behavior, personality expression, decision making and has a hand in moderating social behaviour. In a sense, the cerebral cortex controls the entire brain. Like the captain of a ship.

Mendi is an innovative wearable, something I have not come across before. Does it really work as advertised? Can it really improve your mind? Let’s put it to the test.

The product arrives in an Applesque box with the headband and a micro-USB charging cable inside. The device itself is an attractive looking thing, that feels sturdy yet comfortable and soft to the touch. The build is what looks to be a combination of rubber, plastic and silicone. There’s an adjustable strap in the back that you are meant to use to secure the wearable to your head.

The band has a single physical button to the right which is used to power it on or off. Outside of that, all interaction with the headband is done through the accompanying smartphone app.

As shown in the picture above, Mendi has three sensors on the inside which are meant to sit flush with your forehead. These are “non-invasive proprietary brain measuring sensors” which shine a red light to read the blood flow in your frontal cortex. The device also has an accelerometer and Bluetooth tech under the hood.

I followed up with the company to ask for some more details on how Mendi does its thing. It turns out the sensors utilise functional near-infrared spectroscopy (fNIRS) to measure blood flow and oxygenation in the prefrontal cortex. fNIRS provides a more accurate indicator of brain activity in this part of the brain than either PPG or EEG. That’s the science lesson out of the way.

To start a session make sure the wearable is switched on, positioned properly on your head and connected to the iOS or Android smartphone app. I’ve used the headband dozens of times over the past 10 days and have had no trouble pairing.

The app allows you to choose how long you want the session to last. Typically I would default to 5 minutes but longer time periods are probably more useful. The company says 10 minutes, 2-3 times per week is enough to achieve major improvements. 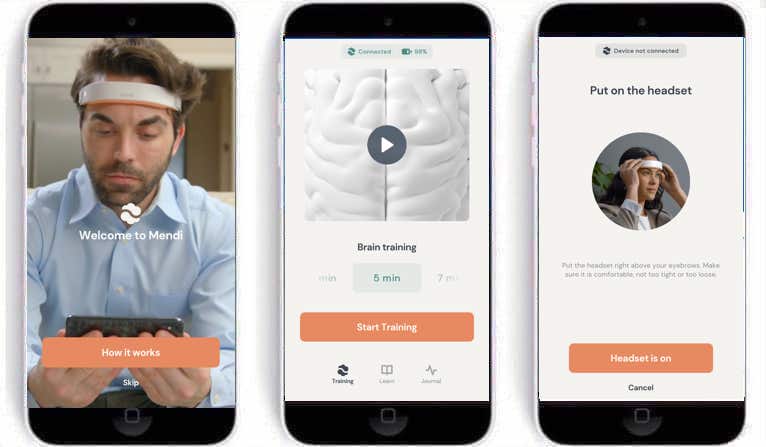 The most novel part of the wearable is the game-like approach to training the brain. By simply controlling the game you are strengthening your prefrontal cortex.

It’s a very clever idea. You are meant to keep your eyes on the little ball rolling on the plane. Concentration stimulates blood flow, oxygen and nutrients to flow to your prefrontal cortex and causes the waves in the game to rise. The bigger the wave gets, the stronger your brain becomes. The more focused you are the higher your score. It’s as simple as that.

A good comparison is meditation. If you can imagine sitting quietly and meditating – this is quite similar. The main difference is that with meditation you are relaxed and you try to empty your mind. With Mendi you are in a relaxed state, but the goal is to focus as much as you can.

Playing the game is, in a sense, like having a view of what is happening inside your head. By simply controlling the game you are exercising your brain. Just like going to the gym to train your muscles. And it is a game – you realise that after trying it out a few times. You’ll know your high scores and you’ll aim to top them. 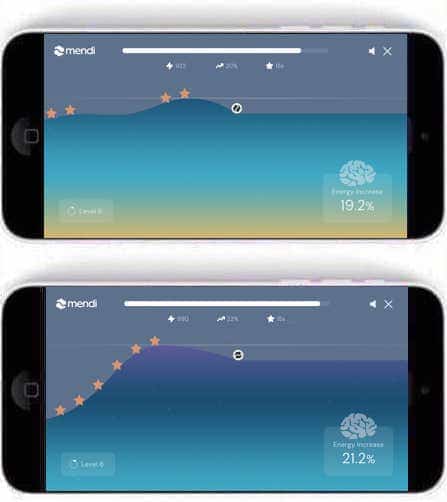 The whole point of the concept is to use positive neurofeedback to teach you how to increase energy to your brain’s control centre. This improves your mental fitness over time and helps create new pathways that allow for more mental flexibility and higher function. Mendi can be useful to better deal with stress, as well as anxiety, ADHD, memory problems, ageing-related cognitive decline, PTSD and more.

In a sense, the technology emulates what is available to CEOs, Artists, Athletes and NASA pilots. It has not been available to the rest of us as a limited number of sessions of clinical neurofeedback can cost upwards of $15,000!

At the moment there’s only one type game you can play. The company is, however, working to build new app exercises to help users train their brain based on different goals. The Mendi team is also planning to introduce new ways to express training visuals, like going beyond the rolling ball. These will be introduced by the end of this year/early next year.

The obvious question is to do with accuracy. The company says the functionality and effectiveness has been tested by leading researchers in the department of psychology at the Stockholm University. The study results are positive and will be published later this month. We will update this review when they are available.

In the meantime, I did my own little non-scientific experiment to test the effectiveness. Each day I would first play the game without focusing on the little ball. Then I would play the game again, and try to focus on the ball as much as I could. The second instance resulted in a higher score every single time, in some instances a much higher score. Having tried this experiement 7 or 8 times, in my experience the tech works as advertised. 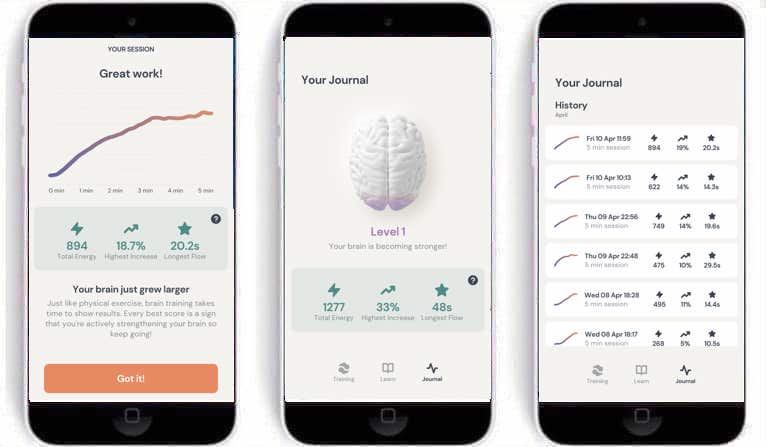 The app allows you to track your progress. For now this consists of a list of your past measurements as well as your highest achieved scores. There are three metrics to aim for, total energy, highest increase and longest flow.

The first shows how much energy (oxygen and nutrients) you increased in total during a game. This is equated to “running distance”. The second represents the highest level of energy you achieved during a session (equated to the “fastest speed”). The final metric shows the longest time you were able to maintain or gain your energy level without dropping.

The app also assigns you an overall level. This is a representation of how much, in total, you have strengthened your brain since you started using Mendi. Think of it as levels in a video game.

The whole thing is an interesting and fun concept. I found Mendi to be a sleek looking wearable that works well. It’s also very simple to use and only takes a few minutes to go through the exercise. I look forward to trying out different games once they are made available as I am sure this will add to the appeal.

The device is live now on Kickstarter at an early-bird price of $299. This is 40% off the $499 you’ll need to pay for it when it hits retail in 2021. The headset is available in White/Orange, weighs only 55 grams and has a battery life of around 5 hours on a single charge (enough for up to 60 sessions). Delivery to backers is expected in August.

10 thoughts on “Review: train your brain like a muscle with Mendi”