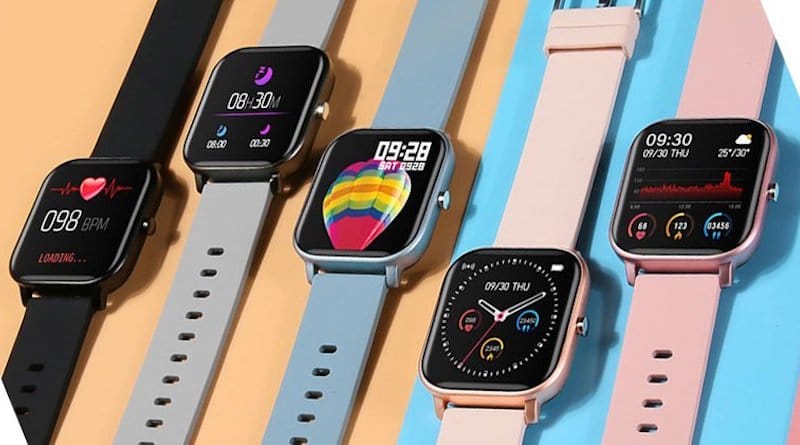 Huami looks to be preparing to launch the Amazfit GTS 2 and GTR 2 alongside an entirely new smartwatch called the Amazfit Neo.

The first two will follow from very successful generation one devices. Both launched last year, Amazfit GTS and GTR are very similar in functionality but totally different in looks. GTS adopts an Apple Watch square-ish design that comes with 14 days of battery life and a gorgeous high-res display. GTS is a stylish fitness watch that won’t break the bank.

As far as the third smartwatch, the Amazfit Neo is a reference to an entirely new device. It might be the beginning of a new line or a one-off.

The information comes from GeekDoing (via XiaomiAdictos), which revealed code in the Amazfit app that references Newton, Lisbon and Tokyo monikers. Further digging around revealed that these are references to the above mentioned next generation smartwatches. The first is GTS 2, the second GTR 2 and the third Neo.

Any talk of upcoming specifications would purely be guesswork at this stage. Having reviewed both the GTS and GTR, our main sticking point was GPS and heart rate accuracy. Let’s hope Huami improves on both.

As far as Neo, there is a bit more information that comes in the form of an image in the internal code of the Amazfit application. In terms of design, the device looks very much along the lines of the Amazfit Ares. This is a more rugged take on the T-rex that was launched in May this year.

The fact that all three of these are already appearing in the Amazfit application implies that a launch date is not too far off. IFA in Berlin remains a realistic possibility.

Huami is also in the final stages of releasing the Amazfit Band 6. This is a fitness band with Alexa support, blood oxygen and everything else that comes with Xiaomi Mi Smart Band 5. The tracker has already started appearing on some retail sites.

Another upcoming Amazfit branded device is the Amazfit X. We are not the only ones excited about this one as the gizmo has raised around $2 million on Indiegogo to fund production. The first batch of 1,000 eclipse black units will start shipping to backers on August 18th.