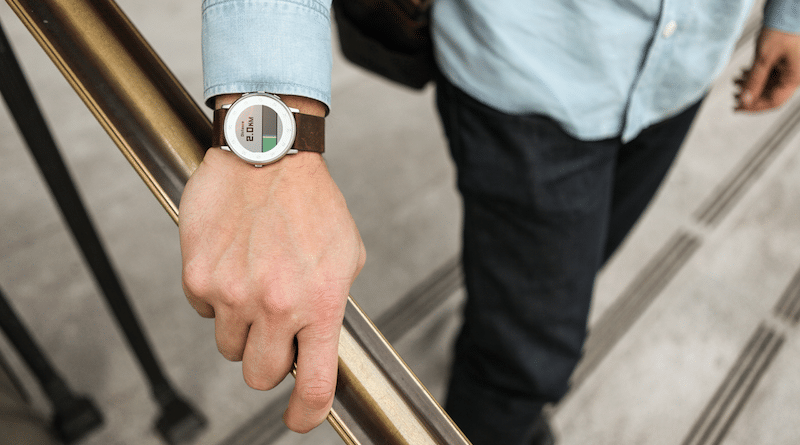 The Pebble iOS app has been removed from the Apple App Store yesterday. New users will not be able to download it to their iPhone. Those that already have it installed will be able to keep on using it.

Pebble was once a popular smartwatch. Incredibly, years after it churned out the last device from its manufacturing lines the brand still has a loyal fan-base. It is a much loved product.

Fitbit snapped up the company a few years ago only to kill it off shortly after. It kept the watch servers going until end June 2018, thus extending the originally set 31 December 2017 cut-off date.

The latest news is that as of the 4th of October, the Pebble software does not live on the iOS App Store any more. Users with the app on their iPhone can keep on using it. They just need to be extra careful not to delete it. This is because those that do not have the software already on their phone will not be able to download and install it without jailbreaking their device.

Is this the beginning of the end? Perhaps. Perhaps not.

Rebble is working on a replacement

Rebble has announced they are working on a replacement. To this end they are looking for iOS developers. They also say that at this stage they cannot suggest a workaround. Which is not good news for those looking to purchase a used Pebble watch. Unless, of course, they have an Android phone.

For those not in the know, Rebble is the community that rose out of the ashes when Fitbit ditched the platform. The Pebble hardware may have remained frozen in time, but the team of developers put together an alternative to the PebbleOS it runs on. Dubbed RebbleOS it doesn’t allow for all functionality but it does keep Pebble watches working indefinitely. Their ultimate aim is to enable all the services that disappeared. Now they will need to add one more task to their list – developing an iOS app.

The project began as a supplement to the official Pebble documentation but transitioned into something else. The programmers even managed to develop their own App Store. While the Pebble OS did have apps that transitioned over from the old platform, this allows for adding third-party apps.

Looking for other hardware to run RebbleOS

RebbleOS system developers are also looking for ways to port their Pebble watch software over to other smartwatches including Amazfit Bip range. The microprocessor which the Bip runs on is pretty much the same as the STM32 microcontroller on the old Pebble watches. Therefore it can theoretically run RebbleOS. If they succeed they will have lots of new customers on their side.

The Amazfit Bip and its successor Bip S are in many ways similar to the old Pebble watches. They have long battery life, are lightweight, come with similar features and design. But for those that like to hack smartwatches, the Bip is a better alternative than the Pebble watches. It doesn’t suffer from the problem of ageing hardware!

A developer has already managed to add a proprietary operating system to Bip watches. His software is meant for those that are not satisfied with the Amazfit software.

Russian-based Maxim Volkov calls the operating system BipOS. He began working on the project in mid-2019 and managed to reverse-engineer Amazfit Bip’s firmware. Essentially a patched version of the original software, it allows for custom apps to be included in custom res files. The Alipay menu has been replaced by an application launcher menu. Volkov added his own apps including a: 4-op calculator, a torch and a calendar, along with the option to edit alarms on the watch itself.

A whole community has appeared around this development. The software is even capable of running third-party applications and already simple games such as Tetris and Snake have appeared, as has a note taking app.

Pretty much anything is hackable and smartwatches are no exception. Developers are also looking for other candidates that could serve as Pebble watch replacements.

For those that are interested in finding out more, the developer’s GitHub project can be found here. Of course, we don’t recommend that you try any of this. Particularly as the Amazfit Bip runs on a perfectly decent proprietary platform. Tinkering with your watch might also render it useless.

One thought on “The Pebble iPhone app is no more, gets pulled from App Store”