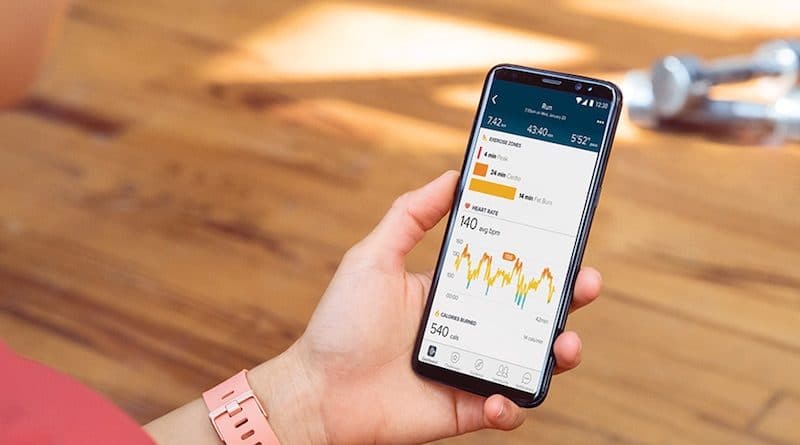 Apple has made the Series 4 watch and its health features the centerpiece of its Keynote event earlier this week. And you just had the feeling, the longer the presentation went on the worse it bode for Fitbit.

By the end of the day, Apple’s stock price was down 1% while Fitbit’s stock slid 7%. The reason? Apple has announced a slew of health tracking improvements to its timepiece and has beat Fitbit to the punch on some of them.

As shown it the chart below, Fitbit’s stock is still trading at these lower levels. Apple’s stock price has since recovered as is now flirting with its all-time high of 228.35.

Its no secret Fitbit has its eyes on the lucrative health-care market. The company is losing steam in fitness tracking so its looking to branch out.

Apple’s Series 4 watch comes with a number of health related features including fall monitoring, high/low and irregular heart rate alerts. The biggest news of all, however, is the inclusion of the FDA approved ECG sensor.

Essential reading: Everything you need to know about Apple’s new ECG sensor

This is capable of generating a pulse waveform similar to that generated by a professional single-lead electrocardiogram. We’ve all seen them in movies – its the machine with the squiggly lines which lets you know whether your heart rhythm shows signs of atrial fibrillation or is beating in a normal pattern. Apple admits the sensor is not perfect, but the hope is it will help some people who may not know they are living with the condition.

Fitbit fitness trackers are well known for counting steps, distance, calories and monitoring sleep. Many of its wearables also have the ability to keep tabs on your ticker. According to a recent article in the Time, the company has been hard at work for a while now researching ways in which its heart rate sensor can be used to identify periods in which abnormal heart beats. But its not there yet.

Its also looking to make a name for itself by developing devices that monitor for sleep apnea. The disorder is characterized by pauses in breathing or periods of shallow breathing during sleep. Its smartwatches and Charge 3 have an SpO2 sensor that could potentially be used to identify this condition. We are yet to see the company put it to real-world use, though.

A Fitbit spokesman has revealed recently the company is working on future products that are more diagnostic in nature and will require the nod of approval from the FDA. This will be made easier by the FDA’s software precertification pilot program. Fitbit is one of nine companies selected to participate. Apple has just used the program’s fast-track approval process to get its Series 4 watch cleared.

Fitbit used to be the industry leader in wearable sales, but is now sitting behind Apple and Xiaomi. The company has sold 20% fewer devices this year than it did last year. The only bright spot is its smartwatch segment. Versa in particular is doing very well and offsetting some of this fall thanks to its higher selling prices.

It will be interesting to see what the company comes up with now that Apple has raised the bar once again. Whatever it is, it can only mean good things for us end-consumers.