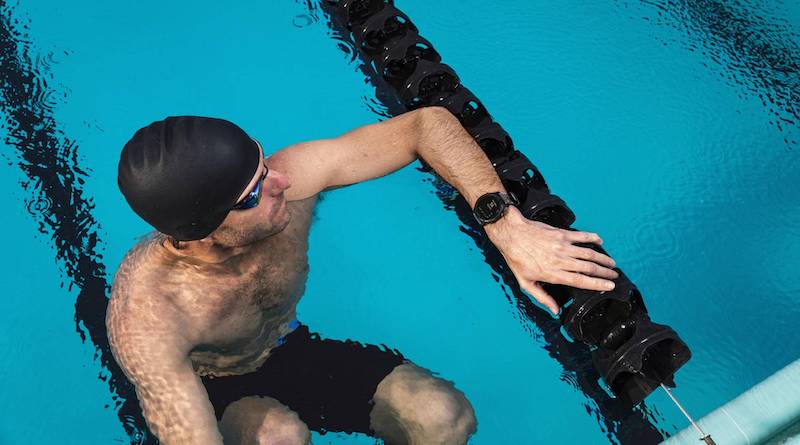 After a multitude of leaks, last week Garmin officially unveiled the Forerunner 745. This is an upgraded version of the popular 735XT. The predecessor has been around for more than two years so was in the need of a refresh.

The added features that have been included make the 745 a much more capable device. In fact, they make it not all too different from the Forerunner 945. All that separates them are a few small things. Read on to find out what exactly they are.

Garmin Forerunner 945 vs 745: Design and hardware

In terms of design, Garmin is adopting the same look for its recent crop of Forerunner watches. The differences are minuscule. However in the case of the 945 and 745 there is one important thing you should be aware of – they are not the same size.

The good news is that despite the shrinkage in size, the latest Garmin keeps the screen diameter at 1.2 inches. Which means the company has managed to lessen the bezel around the sides. No-one needs a thick bezel. The only other noticeable difference looks wise are the slightly different colored physical buttons and other color options.

Down below the surface the duo has the same sensors. What’s different, though, is the battery life. The larger size of the 945 allows it to squeeze in a bigger battery which keeps the thing going for up to two weeks in smartwatch mode and 10 hours with GPS switched on. That’s much more than the one week and 6 hours respectively on the 745.

Here’s a table with the all-important specs. The differences between the two are highlighted in yellow.

Both of these watches are very capable multi-sport devices. To start off they’ll more than have you covered when it comes to 24/7 fitness tracking.

Where the duo really shines is in sports tracking. There’s a multitude of sports on-board such as such as biking, running, swimming, multi-sport and brick workouts. Each comes with their own metrics and performance data. The 945 has a few more outdoor recreation profiles that include climbing and mountain biking.

The other addition on the 945 is the inclusion of outdoor navigation features, i.e maps. What you get, instead, on the 745 are basic GPS waypoint navigation and the back to start feature.

The extra on the 745 comes in the form of a New Daily Workout suggestion feature. This was recently announced on the latest Garmin Edge 1030 Plus and it has now made its way to a watch. Expect other Forerunners to get this soon.

Finally, let’s round out the comparison with smart functionality. The only difference in this category is the memory for music storage. The 945 lets you keep up to 1000 songs on the device, the 745 only a half of that. So music lovers that need more than 500 songs on your timepiece, this is something to take into consideration.

The 945 and 745 are two very similar multi-sport watches, both in terms of looks and specs. Garmin’s high-end features are definitely trickling down to the mid-range devices. The price difference between the duo is not that big, around $100. But considering the 945 was launched last year you can often find it on a discount reducing this gap even further.

The newly launched 745 comes with all of Garmin’s latest fitness and sensor tech. But it is missing a few features as compared to the 945. This includes support for golfing and more importantly it doesn’t have maps. It also comes with half as much storage for songs, and shorter battery life. However, if you find the 945 a tad bulky, the 745 might pique your interest as it is a bit smaller and lighter.

Which means if you want a smaller device on your wrist and don’t need the maps and don’t mind that it has half the battery life, the 745 is a great option. For everyone else, the extended battery life alone might be worth the handful of extra dollars you’ll need to shell out to get the 945.