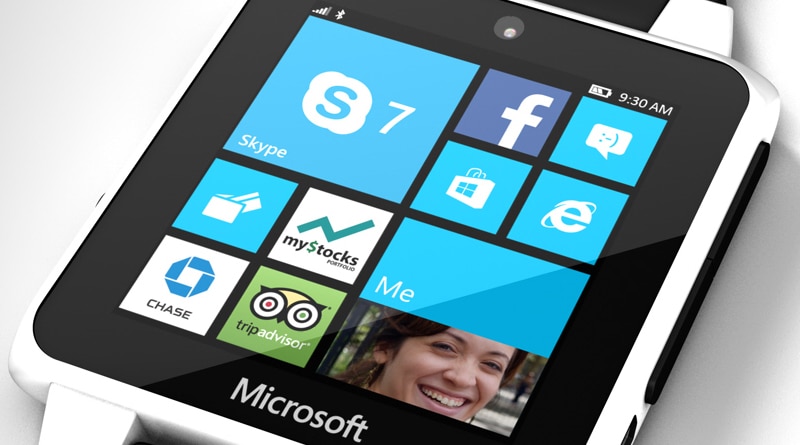 Never say never. Microsoft has just sent out press invites for a mystery Surface event in October. And while a Surface Phone is highly unlikely there is talk of a Surface Watch. Especially considering the tagline of the event reads “A moment of your time”.

Rumors have been circulating for a number of years now on a Microsoft Surface Watch. Its been nearly three years since the tech giant revealed Band 2, its last wearable. At the time, the company said it has no immediate plans to release a third generation tracker.

Microsoft’s Surface brand is used for laptops, hybrids, and PCs. And while the devices are selling well, the company has no offering in the wearables department.

According to Veditto, Microsoft has been testing a watch prototype. All that is known is that the device will feature the Windows operating system and it will come with an Oxynitride Aluminum body. This is apparently harder than regular metal.

The tech giant wants “a moment of your time” according to the promotional image for the Surface event. Microsoft will probably announce new models in its Surface notebook line and possibly the arrival of Surface Studio. But there are also rumors of a Surface Watch. Of course, the word “time” in the event tagline could just be a hint that we’ll get an update on Windows Timeline.

Back in April 2017, the company announced a smartwatch aimed at business and commercial customers. The Trekstor is a Windows 10 powered smartwatch that aims to replace larger hand-held devices. This is useful in scenarios such as inventory management in retail, industrial automation in manufacturing, patient care in healthcare and more.

A patent published in September 2017 reveals Microsoft is also considering a modular smartwatch. The filing shows a timepiece with all the typical functions of a “standard” smartwatch accessible via a windows-type user interface. The images show a band formed of a number of modular segments that could be snapped on and off. They could be used to boost battery life, add additional sensors or memory.

Microsoft’s event is set to take place just a few days before the Google Pixel event. The outside chance of Microsoft Surface watch would certainly help alleviate the disappointment at the news that Google is not planning a Pixel watch this year.

We will certainly be following the Microsoft Surface event with interest. Will you?