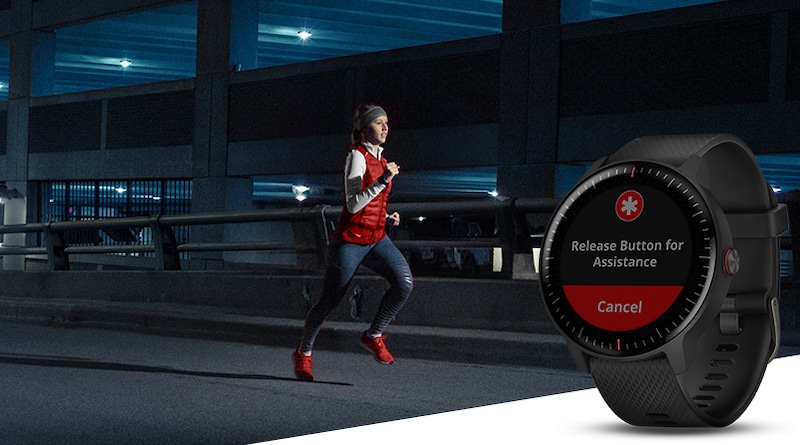 We wrote about the news earlier, and now it’s official. Garmin has released its first watch with the functionality of a smartphone built-in. Yes, you can now add “connected by Verizon” to the already awkwardly named Garmin Vivoactive 3 Music.

Smartwatches with built-in LTE support are a step-change in the capability of these devices, because they are able to connect to LTE and 3G without the need for a smartphone. Such devices allow for hassle-free training and users are able to listen to music, send text messages/make phone calls, and track workouts on the go, no smartphone required.

There aren’t very many smartwatches that can do this. The select few include the Apple Watch 3/4, Samsung Gear S3, LG Watch Sport, LG Watch Urbane, Samsung Galaxy Watch, Huawei Watch 2 and a handful of others.

The LTE enabled version of Vivoactive 3 Music comes with support for phone-free safety features and music downloads. You won’t be able to make phone calls, but sending and receiving texts is supported. Of course, you’ll need a monthly Verizon service plan to access all of these new features.

LTE Connectivity needs to be switched on through the Garmin Connect app. This will then enable you to sync up to 20 contacts to your smartwatch, 3 of which can be used as emergency contacts.

Safety features include an all new incident detection during select activities, that is capable of notifying emergency contacts of your location in real-time. This sounds a lot like the fall detection that was introduced on Apple Watch Series 4.

You can also trigger the safety features by holding the watch’s button until it vibrates three times. This can be useful if, for example, you are feeling unsafe while hiking or running. The other alternative is to manually switch the Garmin LiveTrack feature on, and friends and family will be able to follow your activities in real-time.

Users will be able to download up to 500 songs and playlists directly onto the smartwatch. They’ll also be able to sync from select premium music services such as Spotify and Deezer without a phone.

The watch comes in Black with Red Accents and Slate Hardware options. Availability is expected in 5 to 8 weeks on Garmin’s website. We’ve yet to get info on price.