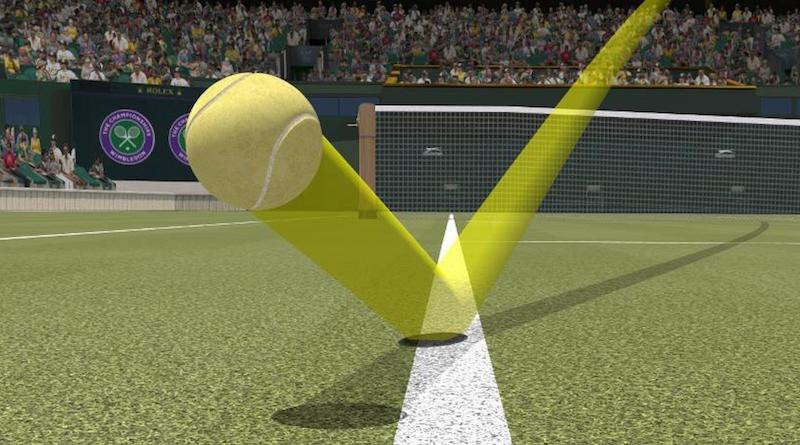 Tennis analytics are giving the top seeded players an edge over their rivals. But increasingly, this technology is becoming available to everyone.

While the game is steeped in tradition, tennis was actually one of the first sports to embrace technology. The first grand-slam tournament to implement Hawk-Eye in challenges to line calls was the Australian Open back in the not-too-distant 2007. The system works via six or seven high-performance cameras, normally positioned on the underside of the stadium roof, which track the ball from different angles.

The video from the cameras is triangulated and combined to create a three-dimensional representation of the trajectory of the ball. Each tennis player is allowed 2 incorrect challenges per set and one additional challenge should a tiebreaker be played. The original system was complicated and cost over $3,000. And no, its not any cheaper now. In fact it costs even more!

Technology has become a big part of the game. Some players, for example, have started using data analysis. Outfits such as Tennis Stat and Golden Set Analytics sell packages that cost upwards of $80,000 for an annual subscription. This is certainly not too expensive for the likes of Djokovic, Federer and a few other elite players. They routinely utilise such data to better understand their opponents tactical play and movements. Nadal doesn’t, preferring instead to rely on the analytical mind of his coach Carlos Moya.

But we don’t all have coaches. Luckily, other forms of tennis technology have become accessible not only to professional players but also to aspiring amateurs and hobbyists. If you hear people banging on about “the internet of things” and are not quite sure what this is about, it is referring to the future where everything around us will be connected. Including sports.

The tennis technology landscape is already exploding with new and exciting technology. This is our overview of gadgets and wearables that are changing the face of the game.

First and foremost we have data collecting devices. Babolat was the first to enter this market with its Babolat Pure Drive racket. This was quickly followed by the Sony Tennis Sensor, Zepp Tennis Swing Analyzer, Qlipp tennis sensor and others.

While Zepp and Sony place their sensors on the butt of the racquet, Babolat‘s is built into the grip. Qlipp, on the other hand, sits on your strings and also functions as a vibration dampener. Then there are those like the Babolat Pop and its big brother Babolat and PIQ, which sit on your wrist and quietly collect information.

All of these gadgets focus on gathering information on technique and dish out a plethora of statistics. The accuracy of this data varies, sometimes quite a bit! But does that really matter? The goal of these sensors is to improve your game over time. Unless you’re aspiring to be a professional, as long as you are consistently using the same device you are comparing like with like. Which means your trends over time will show whether you are improving or not.

Smart Court systems such as Playsight and Mojjo have already been installed on several hundred venues across the US and Europe. These are systems that involve a number of permanently fixed cameras that record everything that happens during play. While less accurate than Hawk-Eye, they are precise enough to check lines and come at a much lower price.

There are more exciting developments under way. For example, a Swiss startup called Technis has perfected an entirely tactile surface to make the actual tennis court interactive. The technology is directly integrated into the surface of synthetic and resin courts. Every single movement is detected, from the bounces of the ball to the position of the players on the court. The information is displayed in real time on a screen on the edge of the court. The system is yet to see real-world use, but we can hopefully expect to see implementation in the not too distant future.

Another exciting development is a gadget we’ve actually tried out called In/Out (manufacturers website). The $200 GoPro like device can be fastened to any tennis net post in less than a minute to detect in real-time which side of the line the ball lands. It does this thanks to the same algorithms that provide line-detection for self driving cars. You essentially get your own personal ‘Hawkeye’ system.

Match video analysis is no longer accessible only to professional players. A number of services have popped up, such as Tennis Analytics, that allow you to send raw video footage of your match for analysis. You get back an index video/summary of the match, that allows you to search for any moment in the match. You also receive a professional match report (serve %, aces, double faults, return %, winners, errors, differential for both you and your opponent). While the service is accessible to the recreational player, at over $500 for 10 hours of video, you would really need to be passionate about your game to subscribe!

It is inevitable though that the price of these services will come down over time. While you are waiting, why not video your tennis session with your smartphone, and with the help of the Sony or Qlipp tennis sensors, overlay your metrics on top of the video. While not as sophisticated as some of the more professional tools, they still do the job.

Then we have the tennis apps and online tools. Companies such as Global Tennis Network, Sportlyzer, and Coachanize are creating a wide variety of software platforms. Some are predominantly aimed at the recreational player and offer a community where you can find opponents, organize ladders or even book courts. Others are aimed more for clubs/coaches and provide a convenient avenue for client management.

How about a relatively inexpensive portable ball machine? Step in Slinger Bag.

The thing is designed to resemble an oversized tennis bag. You can put things in it such as your racket, a water bottle and more. It will even charge your phone. But more importantly, the gizmo hurls tennis balls in your direction. Users can control the launch speed and the launch frequency of the balls at speeds up to 73 kilometres per hour.

The other option is called Proton. It’s slightly more expensive and doesn’t look like a tennis bag, but has better speed and more control options. This one is due to launch in the summer.

But you don’t really want to be bending down picking up tennis balls. Not in 2020. Why not have Tennibot hoover them up for you!

We are very excited where this technology will lead us in the coming years. If this is only the beginning, we can’t wait to see what the future holds in store.

2 thoughts on “How technology is changing the game of tennis”