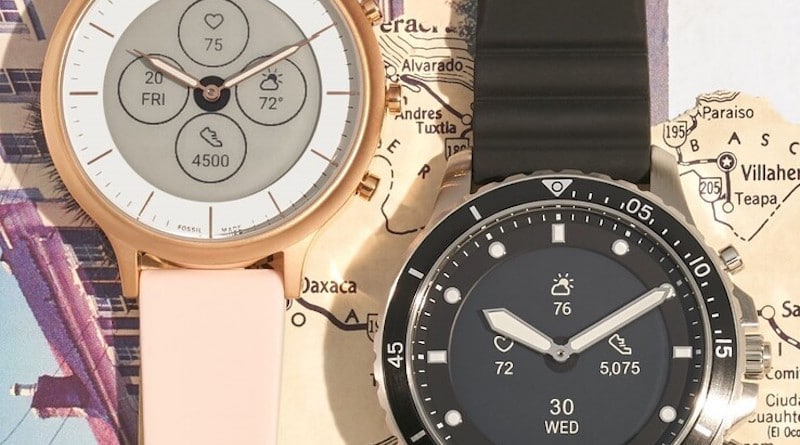 Along with preparing to release sixth generation watches, Fossil is releasing improvements to its current crop of devices. The company has now announced challenges and Connected GPS for its Hybrid HR.

The company has a wide range of wearables on offer. A good proportion of which are the hybrid kind. For those not in the know, these are watches that combine the look of traditional timepieces with modern tech.

The Hybrid HR was released in November last year. The range is the first product of the company’s collaboration with Google.

The watches offer a power-efficient, always-on e-ink display. This sits behind mechanical hands to show heart rate, steps, weather, notifications and more. All of this runs on a proprietary operating system linked with Fossil’s smartwatch app.

The company has now announced a new firmware update for Hybrid HR which slaps on a Connect Challenge feature. These are meant to keep you more active and include tasks such as “Be the first to reach the goal” and “The Turtle and the Hare”. The first awards the person in the group who takes most steps, the second expect you to reach a given challenge goal.

The firmware update also adds the Connect GPS feature. This is important as it allows the device on your wrist to connect with the satellite signal from your smartphone. Its the next best thing to having built-in GPS and allows for more detailed tracking of activity and recording of routes for outdoor sports such as running and cycling.

Time for a little friendly competition with the new Connect Challenge feature on our Hybrid HR Smartwatches. Remember to update your Fossil Smartwatch to get this and all our new features! #FossilSmartwatch pic.twitter.com/0T6u1UoSv3

The company is also busy working on new devices. Fossil’s 6th generation technology watches have recently popped up at Bluetooth SIG. The certification agency lists two distinct devices with multiple variants each. Not much is known about the specs at this stage. The company started dropping new devices in its lineup in late summer 2019 so we expect the same in 2020.

If you’d rather not wait for the next generation, the Fossil Hybrid HR retails anywhere up to $215, depending on the model chosen. All of these are available for purchase on Fossil’s website and Amazon (check price).