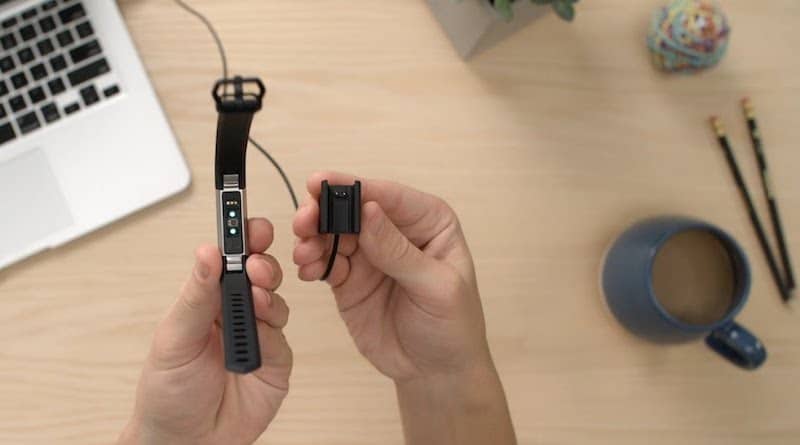 Fitbit devices are known for their excellent battery life. This is part of the reason for their popularity. But what should you do if the wearable on your wrist is not holding charge? There have been complaints recently about Fitbit Charge 5 and Sense battery drain issues.

To start off – make sure your Fitbit is charging properly

First off you should make sure you’re charging your device properly. Have a read through our article that explains what to do if your Fitbit activity tracker or smartwatch is not charging. It provides a few solutions to try out such as:

Fitbit says that is also not a good idea to charge your device in extreme heat or cold. It might impede with the charging process.

Finally, make sure you have the latest software issue installed. A good example is Charge 4. In early 2020 there were lots of complaints of Fitbit Charge 4 battery drain issues. It turns out the culprit was a software glitch. Once users installed the new firmware update everything returned back to normal.

However, if you tried all of the above and are still having problems – try one of the solutions below.

The length of time your Fitbit wearable operates depends on how frequently you use it and various settings. Here’s a table illustrating what to expect with normal use.

If you’re not approaching these sorts of numbers there are a few things you can do. As mentioned above, before you do any of this restart your device – that often solves any issues you might be having.

If you’re still holding on to your ageing Fitbit One, you know it should last about two weeks between charges. This is a simple device that only provides the basics when it comes to tracking fitness. But because of that it is not very power hungry. Fitbit’s only suggestion for extending battery life is to switch off or reduce the number of alarms.

Well done if you still have a Fitbit Zip. The device is ancient now.

Not much you can do here apart from checking your stats less frequently. The Zip operates on a 3V coin battery (CR2025), that should last six months. Once the battery is depleted you’ll need to replace it.

You can use a Flex 2 for up to 5 days without reaching for a charger. Tweaking the notifications, alarms and reminders options are ways to extend battery life. One other thing you can do is make sure the swim detection feature is off when you’re not in the pool.

The Ace series, Alta and older Inspire devices have an advertised battery life of around 5 days. If you’re struggling to achieve this figure try one of the following:

Turn off the option to wake the screen when you turn your wrist. On Ace, Alta and most older devices this is done by turning off the Quick View option in the Fitbit smartphone app. On more recent wearables, this can be done from the device itself. For example on Ace 2 and Inspire, press and hold the side button, then choose the Screen Wake setting and switch it off.

Turn off the option to receive notifications from your smartphone. If you receive a large amount of notifications, this can drain the battery.

Receive fewer reminders to move by tweaking the settings. You can also switch off these reminders, along with alarms which also reduce battery life.

An Alta HR or Blaze can keep going 5 days between charges while Inspire HR’s advertised battery life is 7 days and Inspire 2 10 days. All of these have a heart rate sensor, so in addition to the solutions above you can turn off the Heart Rate setting if you don’t need heart-rate tracking day and night.

It’s worth mentioning. Inspire and Inspire HR devices in particular have been known to be plagued by battery life issues. Have a look at our separate piece offering a few additional solutions. The culprit of the problem seem to be certain clock faces on these devices.

The suggestions for the Charge series are no different from the list above. But there are a few additional things to do. The first is to check if you have the always-on screen option switched on. If you do, this will eat into battery life quite a bit. Make sure the display is set to manual wake.

Another thing to keep in mind for devices that can measure blood oxygen, is that using an SpO2 clock face can drain your battery. You’ll have to charge your device more often when collecting such data. So switch to one of the standard clock-faces.

Fitbit Charge 4 and Charge 5 come with built-in GPS. Using this function drains the battery quite a bit. Switch built-in GPS on and the battery life comes down from 7 days to only 5 hours. Remember – if you forget to turn GPS off after exercising, it will eat up what’s left of the battery life. So make you end your exercise.

If you’re running low on battery juice and want to track your exercise with GPS – you can always switch to Connected or Dynamic GPS. This is much less power hungry. Instead of establishing a direct link with a satellite, it connects to your smartphone via Bluetooth and taps into its satellite connection.

Or switch GPS off altogether. One way of doing this is to start a workout from the smartphone app. The GPS won’t be active if you do this. It’s a much more battery friendly way of tracking exercise. But you will miss out on a map of your runs and detailed performance statistics.

Another solution for Charge 5

According to a long thread on the Fitbit Community forum, some users have had joy with the following solution. Let your battery run down to zero so that the tracker is nearly dead. Then charge it up to 100% and see what happens.

An Ionic battery lasts about 5 days and Versa’s around 4 days for the older devices and 6 days for the newer ones. These are smartwatches so you have a plethora of watch-faces and applications that you can install. Some of these can drain the battery.

It would be nice if Fitbit had battery health tracking info in the smartphone app. Something like in Andorid phones where you can see a history of battery levels and which apps are draining the battery. But there is no such functionality so sometimes you will need to play detective.

The standard solutions for increasing battery life on Ionic and the Versa range are as above. Switch off the wake the screen option, change the heart rate setting, turn off notifications, receive fewer reminders to move and reduce the number of alarms you use. Nothing really beyond that.

It’s worth noting, you will need to charge your device more often if you play music or use the music controls frequently, if you use apps that keep the watch’s screen on access the internet a lot, or if you use an interactive or animated clock face. Just like on Charge 4, the use of the built-in GPS on Ionic and Versa 3 is a particular drain on the battery.

In an ideal world, your Fitbit Sense should last about 6 days on a full charge. Unfortunately the Fitbit forum posts have a long thread from Sense owners complaining about poor battery life. Quite a few people only manage to squeeze out 3-4 days from the device. Some are struggling to get much beyond two days!

The problem is this is a very feature-packed device. The best of what Fitbit has on offer. And that can take its toll on the battery. The Fitbit forum moderators have replied with the following suggestions:

We would add to this list disabling Assistant and turning off the microphone. Particularly if you never or rarely use it.

You can try all of the above and other solutions mentioned in this article (reducing notifications, alarms, music playback, etc) as it will all help to extend battery life. This doesn’t mean that you shouldn’t use these features. But it’s down to you to decide which of them are really important to you. As with all electronic devices, more functionality means less battery life.

Essential reading: Experiencing problems with your Fitbit? Where to get help.

Having said this, we can help but think it is a bit misleading for Fitbit to advertise 6+ days battery life on Sense when this is clearly not the case. It seems a lot of the functionality needs to be turned off for the device to deliver these sorts of figures.

If all the above solutions have failed and you’re still seeing a Fitbit battery drain – you may have a faulty device. Find out how to check your warranty and options for contacting support on this link.