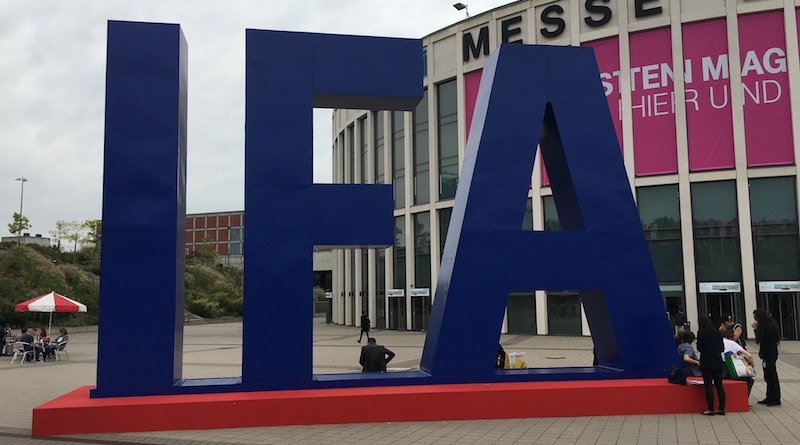 It has been a big week for wearable technology. The launch of a number of devices by leading brands have made for a memorable IFA this year.

For the uninformed, this is Europe’s biggest technology show. Held annually in Berlin during the first week of September, the massive event is a chance for companies to showcase their existing and upcoming products. The total number of visitors totaled close to a quarter of a million in recent years and 2017 may top that. If you are in the area, there are still a couple of days to go. The show ends on September 6th.

Fitness trackers and smartwatches were one of the big talking points in the lead up to the event and they did not disappoint. Here is a recap of some of the most talked about wearables of IFA 2017.

The San Francisco manufacturer did not waste any time. A couple of days before the show kicked off, Fitbit took the wraps of its first ever fitness watch. But that’s not all. It also revealed a long overdue update of its smart scale and its first ever bluetooth headphones set.

But all eyes were on Fitbit Ionic, the device with features that compete squarely with the Apple Watch and Garmin’s stable of sports watches. While looks are definitely not its strong point, Ionic packs a lot under the hood.

This includes pretty much everything that we’ve come to expect from Fitbit devices, along with a new SpO2 sensor for measuring blood oxygen levels, local storage for music, NFC chip for payments, third party app gallery and more.

In his key-note presentation during the event, Fitbit’s CEO James Park said that he is also hopeful Ionic may be able to determine atrial fibrillation. He also made a big show about the companies future plans in the medical arena.

We actually got to spend some time with Ionic and walked away pleasantly surprised at the quality, build of the product and ease of navigation. Whether this will be enough to compete with the more fashionable Apple Watch and Garmin’s huge range of fitness devices, remains to be seen.

Garmin is certainly not one to be left behind. The company announced a trio of new Vivo devices at IFA.

The most high spec in the lineup is Vivoactive 3, a Jack of all trades GPS smartwatch which throws Garmin Pay into the mix along with a beautiful new design. The company has realised that it needs to introduce a less bulky form factor if it is to appeal to a larger demographic. Another great fitness device from Garmin.

Vivomove HR is the second in the lineup. This is a smart looking hybrid designed with simplicity in mind. The stylish watch has a circular body, no digital crown, swappable bands and the notification screen of our dreams. As the name implies, Vivomove HR also throws heart rate tracking into the mix. So far the only hybrid timepiece to track heart rate is Nokia Steel HR.

Finally, Vivosport is a smart wristband with GPS and wrist-based heart rate. While the first two were widely expected and leaked ahead of time, the third came as a bit of surprise. This is a fitness band built for those who prefer to workout with something lightweight and discreet.

Despite the small form-factor Vivosport packs some pretty decent specs under the hood. In terms of fitness tracking, it includes everything you get with Vivoactive 3 minus some of the apps for individual sports and Garmin Pay. An impressive feat squeezing all that into such a tiny device.

The South Korean tech giant is all about waterproofing this year. If you could drag yourself away from its dazzling light show, you would notice on display the new Gear Fit 2 Pro and Gear Sport, along with Gear IconX 2018 (a set of biometric headphones). This marks the company’s biggest health and fitness push to date.

Samsung has transitioned further into the smartwatch space with Gear Sport. In a sense, this is a feature-packed device that offers a blend of fitness tracking and smartwatch functionality in one slick package.

In terms of design, it certainly doesn’t disappoint. The device sports a full colour, always-on, 1.2-inch circular screen with a 320 x 320 resolution that is very vibrant and colorful. Although we didn’t really get to test it out, it is a very attractive timepiece. Lets hope it performs as well as it looks.

Gear Fit 2 Pro is a high-end version of Gear Fit 2 rather than a totally new, third generation device. As mentioned, the main news is the 5 ATM water resistance. The tracker will come with a Speedo app which will record your swim stats (stroke type, stroke count and lap count) and let you know your “SWOLF” score. The other specs are essentially the same, as is the design apart from some tweaks to ensure the tracker stays on while you’re doing laps in the pool.

Interestingly, the company says its hotly anticipated Misfit Vapor will now be available in October instead of late-summer. Misfit has obviously run into some stumbling blocks. A few weeks ago we reported the the watch will come with connected-GPS rather than the originally planned built-in GPS.

Misfit has not issued an official press release. It has, however, quietly added Misfit Command to its range of devices at IFA. Fossil has acquired the company some two years ago, and its influence is becoming increasingly evident. The new hybrid closely resembles other pieces in the Fossil collection, particularly the Skagen Hagen Connected.

Announced at Baselworld earlier this year, the first Diesel On Full Guard touchscreen smartwatch is now available for pre-sale. The timepiece is all about style and even offers some cool visual effects such as the appearance of a cracked screen when you receive a notification or weather filters that change with the climate. Its other specs are pretty much in line with other Fossil fitness devices.

Swiss firm MyKronoz has announced the debut of its ZeTime hybrid watch. The device which raised over $6 million through crowdfunding was on display at IFA. The amount of money makes it the most-funded crowdfunding project ever from a European company.

The big attraction is that ZeTime is the world’s first hybrid timepiece combining mechanical hands with a full round colour touchscreen. That means, its bringing you the best of both worlds. To achieve this, there is a hole drilled at the center of the console onto which the hand gears are secured.

Created to fit all styles, MyKronoz is looking to start shipping their watch to backers in September. Keep an eye out for our review in the coming weeks.