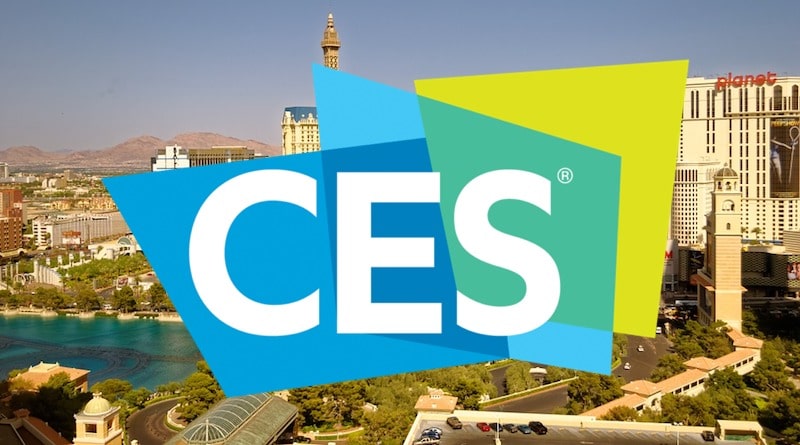 Held annually in Las Vegas, the 51th CES took place between January 9th and 12th. It is estimated some 170,000 people descended on the city, known primarily for its gambling, shopping, fine dining, entertainment and nightlife.

CES, which stands for the Consumer Electronics Show, first took place in New York way back in 1967. Since then many products have been announced, some of which have transformed our lives.

These are the biggest wearable tech announcements at CES this year, in the order they were announced.

January 12: Casio has added the GB-800 and the GPR-B1000 to its extensive collection of timepieces. Rugged and durable in design, the hybrid watches are built for trekking enthusiasts. The most interesting feature is the solar panel on the face of the GPR-B1000. This will keep the GPS going even when the battery runs is of fuel!

January 11: It is clear the race to make intelligent shoes is yet to catch on in a big way. This is despite the fact that feet are the most logical place from which to monitor movement. This may slowly be changing, however, and a number of companies have stepped up during CES 2018 with intelligent trackers for your feet.

January 11: Philips has announced a new solution to help you get some more shut-eye. It’s a rather medical looking soft foam headband you are meant to wear to bed. But this is not just about monitoring the quality of your sleep. The gadget detects when you are in deep sleep and starts playing white noise in a slowly repeating pattern. This helps to mask background sounds such as a noisy neighbor or traffic.

January 11: Designed to be a non-violent form of self-defense, Invi Bracelet has a nasty surprise in store for any potential attacker. If you feel you are in danger, unlock the small safety clasp and yank hard on the leather strap. This breaks the canister containing the company’s stink solution. The idea is that the foul odor emitted by the bracelet will distract the attacker and hopefully send them running.

Sleepace’s bedroom of the future demo’d at CES 2018

January 10: Sleepace has demoed its bedroom of the future at CES 2018 in Las Vegas. Dubbed the DreamLife smart bedroom solution, the idea is to provide a seamless experience that automates your nighttime routine and creates a better environment for healthy sleep.

January 10: Its already pretty hard to keep track of all the wearables across Fossil’s various brands. Add to this the Kate Spade New York Scallop and Skagen Falster. Both are touchscreen smartwatches powered by Android Wear 2.0. The timepieces are mostly about style, but you do get some basic fitness tracking and smart functions.

After years of delays, the Blocks modular smartwatch is finally available to buy

January 10: Blocks, the world’s first modular smartwatch is finally available to purchase. The device made its appearance at Kickstarter way back in 2015, and managed to raise $1.6 million through the crowdfunding platform. The product was, however, mired in delays and some speculated it would never see the light of day. To the delight of its backers, a fully functional device has made its debut at CES 2018.

January 10: Tractive has announced new GPS trackers for dogs and cats. They offer detailed activity level monitoring and precision GPS tracking. The design has received an upgrade too, with the GPS Dog tracker featuring a new clipping mechanism, and the GPS Cat tracker coming in the form of an integrated smart collar.

January 10: The next generation of Scosche’s hyper-accurate armband heart rate monitor sports an all-new look, expanded features and variable activity modes. Rhythm 24 runs a full day between charges, it has an IP68 water-resistance rating so you can take it swimming. No sweat if you leave your smartphone behind, the internal memory safely stores your readings so you can sync later on.

Misfit Path is the company’s smallest hybrid yet

January 9: Featuring a stainless steel case with matte finishing, Path is Misfit’s third and smallest hybrid yet. A marriage of style and functionality, the watch comes with basic fitness tracking, 50m water resistance and 6 month battery life. As you’d expect, there are a various style options and interchangeable bands to choose from.

January 9: Suunto has joined in the fun at CES 2018 with its new fitness watch. Aptly named Suunto Fitness 3, this is both a personal training companion for active people and elegant timepiece for everyday use. The most novel feature is a 7-day training plan that is automatically created by the watch based on a user’s fitness level and overall exercise history.

Motiv’s fitness tracking ring gets a slew of new functions

January 9: A year after its debut at CES 2017, the Motiv fitness tracking ring is about to get some more features. This includes better sleep tracking on top if its recently rolled out sleep restlessness function, social sharing and more accurate tracking of active minutes. Motiv also plans to add Apple Health integration and Android OS compatibility.

LIVALL launches next generation smart helmets for cyclists and skiers

January 9: Chinese based LIVALL has announced its next generation range of smart helmets. They come equipped with bluetooth functionality that allows users to take and receive calls and play audio on the go. The Helmetphone range includes, the BH51 M for urban commuter cyclists and the RS1 for skiers.

January 9: Nokia is adding to its rich portfolio of health and fitness gadgets a sleep tracking pad. There is nothing to wear or do. The Wi-Fi enabled gadget sits quietly under your mattress and keeps tabs on your sleep cycles (deep, light and REM), heart rate and snoring. It will also dish out a Sleep Score, a single figure letting you know how restful your sleep really was. In addition to this new device, Nokia has also announced a rose gold version of its Steel HR smartwatch.

January 9: Powered only by your body heat, the Matrix PowerWatch X builds on its predecessor with support for smartphone notifications over Bluetooth, its tougher with a reinforced bezel, features a nearly indestructible silicone rubber strap, and has 200m water resistance. You also get all the great fitness tracking features of the first generation watch.

January 8: Following months of leaks, the Garmin Forerunner 645 Music was finally made official. As its name implies, the main novelty of the device is the integration of a music player which is a first for Garmin. There is enough on-device music storage for up to 500 songs, and you can connect Bluetooth headphones and sync music from select streaming services for offline listening. Garmin Pay is also included so you can make payments phone-free.

January 8: UV Sense is tiny enough to wear on a fingernail, pair of sunglasses, running shoes, etc. – essentially any item that is exposed to the sun. The little wearable changes colour to indicate UV levels and can connect to your phone via NFC to show exposure trends and tell you when its time to apply sun-screen.

January 8: Omron is showcasing an ultra-compact and stylish device that measures blood pressure with clinical accuracy at the push of a button. This is the first watch-sized sphygmanometer that promises readings as accurate as you would get from upper arm models. Featuring up to 7 days of battery life, the watch also provides real-time information on physical activity and sleep.

Humon Hex, a wearable coach to help you understand the limits of your body

January 7: A number of years in the making, Humon Hex is a device that acts as your personal coach. Strap it on to your thigh and you’ll get real-time audio and visual feedback that helps you understand the limits of your body. It does this by using near-infrared spectroscopy to measure oxygen levels in the quadriceps.

January 5: Swiss watchmaker MyKronoz announced this week availability of ZeTime Petite, a smaller version of its popular watch. The news follows its historic crowdfunding campaign in 2016 which raised more than $6 million to develop this unique timepiece. The main novelty is that ZeTime is the world’s first hybrid watch combining mechanical hands with a full round colour touchscreen.

January 4: The maker of advanced swim apps, Swim.com, has teamed up with Spire to create the world’s first smart swimsuit. The idea here is to provide a seamless experience so you do not need to worry about battery life or maintenance. The swim suits come with Spire’s Health Tags custom-bonded at the belt line. Just put on your bathing suit and the device will automatically start tracking.

Leave the chest strap at home with Wahoo Ticker Fit

January 3: To avoid the news release getting lost in a plethora of announcements, Wahoo decided to launch its new heart rate monitor in the days preceding the show. The elastic band can be slipped on either the inside or outside of the forearm to provide measurements on par with heart rate chest straps. The lightweight gadget uses a trio of green LEDs around an optical sensor and comes equipped both with Bluetooth and ANT+ technology.